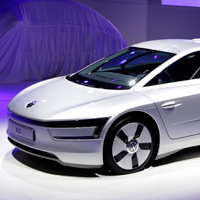 08 November, 2014
Print this article Font size -16+
Indian auto component manufacturers have often flown to Europe for expansion and sometimes to the US and Japan, largely, because some of the world’s largest OEMs like Volkswagen, BMW, Mercedes and Renault, are based in Europe. However, the Gurgaon-based $800-million Sona Group is looking for its next greenfield expansion in a South-East Asian country. South East Asia has, thus far, remained an unexplored territory.

The investment which will happen through two unlisted group companies — Okegawa Precision Forging and Mahindra Sona —  will involve a capex deployment of about Rs 50 crore in phase 1 expected to be completed within the next couple of years.

“There is a huge opportunity that is unexplored in the markets of south east Asia, which have booming economies. We are in the process of completing a feasibility study of the project and something should soon materialise,” says Surinder Kapur, chairman, Sona Group.

The Sona Group has one company, Sona Steering, listed on the BSE. It has 20 plants — 16 in India, 3 in Germany and 1 in the US. The Group specialises in “machining and assembly, precision forging, cold and hot forging and heat treatment.”

According to Kapur, in times of slowdown, the company has resorted to implementing a leaner business model to ensure that there is no flab, and the rough times could be ridden out. Discretionary hiring, he says, is on hold, and the focus is on ensuring that when demand does bounce back, they aren’t left with supply shortfall.

“Manufacturing is not a short term business, we are in it for the long haul. The slowdown is cyclical, and I think that the decline will be arrested in the last two quarters of the fiscal,” he says.