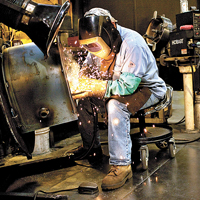 A Macro Help
Troubled microfinance firm SKS Microfinance finds a saviour in Small Industries Development Bank of India. The apex lender has given Rs 100 crore in term loan to SKS. Banks have almost stopped funding microfinance firms (MFIs) from Andhra Pradesh after the state clamped down on MFIs in October 2010. SKS had posted a Rs 428 crore loss in the third quarter.

Big Buys
Binani Industries is going places. The holding company of the $1.6-billion Braj Binani Group has bought Belgian fibreglass major 3B for e275 million ($360 million or Rs 1,796 crore). The buy offers Binani full ownership of 3B's operating capacity of 1,50,000 tonne per annum. This is the third such global acquisition of the group in six years. Last year, the group had bought US's composite maker CPI.

Pill Recall
American pharma major Pfizer has recalled more than one million packets of birth control pills citing certain packaging flaws. Pfizer says it is a "voluntary recall" as it found out that inactive or placebo pills may have been placed out-of-order in some packs. Pfizer says it believes only 30 packs had such packaging problems.

Future Pulse
According to Fitch, the rate of expansion in India's healthcare sector will be slower due to the wide gap between demand and supply. That said, the sector will continue to secure investments in 2012, says Fitch Ratings's annual report 2012 Outlook: India Health Care.

Sony's Troubles
Sony Corp's new chief Kazuo Hirai might have a difficult road ahead. The electronics giant is likely to forecast a fourth straight annual loss. In many markets, Sony has lost ground to rivals Apple and Samsung. The Sony board hopes Hirai, who revived its PlayStation gaming business, can make a difference. He will replace Howard Stringer on 1 April.

Fund Raise
The Airports Authority of India has sought approval from the finance ministry to raise Rs 3,000 crore through tax-free infrastructure bonds next fiscal. The demand comes as part of its proposal for the budget.