Society And The Soldier 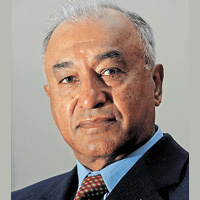 08 November, 2014
Print this article Font size -16+
It is a fact that the services are besieged by shifting concepts of social values and, therefore, subject to constant moral dilemmas. There is a perception, and repeated stress on the reality that the serviceman is a product of current society, therefore, no different from his civilian counterpart. This is a fallacy. He may well be from the same fabric of society but is, by motivation and training, cut out to be different. His role and function are well-defined and there is no room for ambiguity in his value system.

The entire training of a serviceman is premi-sed on this one truth. Therefore, to compromise the integrity and morale, which are the fundamentals of any fighting force, is to compromise its very existence. On the integrity of its leadership rest the invaluable assets of faith, loyalty and an unquestioning obedience. This is bred by tradition, example and by dutifully upholding certain non-negotiable standards. This is the sum and substance of Brig. Ali's persistence that an army man is always a disciplined army man.

How do you infuse the kind of spirit and discipline that makes men face extreme hardship and overcome the fear of death? How do you sublimate natural traits like survival and self-preservation? It begins with a noble ideal. An oath taken on day one and repeated annually: "I will bear true allegiance to the Constitution of India as by law established, to protect and defend, to go by land, air or sea and carry out the orders of those placed above me, even to the peril of my life." This is the bedrock on which a soldier's loyalty and commitment to his country are built. It could also well be this loyalty and commitment that gnaws at Col. Arjun Pratap Singh's seeming mental conflicts.

To romanticise the military, however, is to be far removed from its reality; because it is about the very serious business of  warfare. The service is a place where the rules are known and it is known that they are enforced impartially and swiftly. Arjun knew this, but in debating with Brig. Ali, he has tried to validate the fact that this diktat mercifully remains non-negotiable! Thus, within every military unit there exists an institutional acceptance of respect, order, uniformity and accountability — commonly referred to as morale and essential to successful operations.

The sharp end, which is also the bulk of the armed forces, assiduously guards the qualities of honour, self-respect and professional capability. However, this ethos can sometimes break down when subjected to the stresses of temptation and opportunity. This happens most often when military service and logistic elements come into direct contact with their civilian counterparts, particularly involving supply and procurement, for example.

There have been several cases of fraudulent dealings involving canteen services and material contracts. More worrying, however, are the recent cases involving murky dealings by officers at the highest levels, in collusion with bureaucrats and politicians. Here, again, the army has been quick to react to these disclosures, which, incidentally, emanated from the army itself.

Good order and service discipline in the forces is mostly exemplified by the top leadership. However, with greater exposure and interaction with their civilian counterparts, a tendency to emulate and succumb to non-service norms and standards, with a tendency to compromise, can obviously set in. How else does one rationalise failure in a leader who has so much to lose after years of assiduously building his career and reputation? It means that given the greater exposure to allurements and the erosion of ethical standards in political and economic spheres, the Services have to look within. Col. Singh may be tempted to bypass punishing his errant officer but his conscience does not let him be. His outburst with his brother is his battle with his conscience!

All said and done, and despite the recent disclosures, there is no cause for alarm. As usual, the Services will act judiciously to safeguard their ethos. Assuredly, there is introspection and analysis going on within to counter the influences of changing social mores.

Compulsory military service and conscription have often been suggested to infuse discipline and enhance nation building. This is, however, not practical given the massive resources required. There is another school of thought that advocates insulation of the army from societal influences, which is reflected in government policy debarring the soldier from any form of political activity, even to the extent of discussion. Other instruments, such as the Official Secrets Act, have served to discourage a close relationship between civilian and military institutions. On the other hand, the mutual benefits of civilian-military interaction are undeniable.

It would be much more meaningful to remove barriers and foster greater partnership in the interest of the nation we are all committed to protect and dignify.