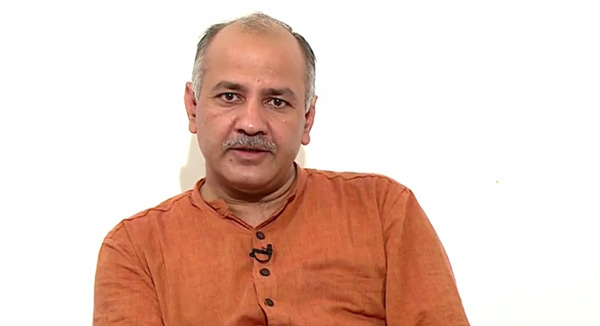 10 June, 2015
Print this article Font size -16+
Deputy chief minister Manish Sisodia on Tuesday (09 June) said that the Delhi government is all set to introduce a flexible education policy apart from easing transport issues in the Capital by plying 10,000 new buses.
He further added that to modernise India's capital and transform it into a world-class city requires an equal participation of people along with tax reforms, public transport and solving basic problems faced by the people.
Sisodia was speaking on ‘Delhi 2020 — Smart Place to live, work and do business’ at FICCI in New Delhi on Tuesday.
The Aam Aadmi Party leader said that the Delhi government will work out with Haryana and Uttar Pradesh to adopt a unified tax structure.
“We believe in keeping reasonable and uniform tax rates with some enforcement. Raids are not the way to boost tax collection, neither is increasing tax rates,” he said.
For the period of April-May 2015, the Delhi government has registered an increase of about Rs. 800 crore in tax collection against the same months in 2014, Sisodia said.
In order to improve the ease of doing business, “we are looking at single windows for clearance, for which all departments will need to be present online”, the deputy CM added.
The Delhi government is planning to get 10,000 new buses for the city. “We can’t urge people to use public transport if the infrastructure is not good,” Sisodia said, adding that the government is scouting for land for this purpose.
The government also sought suggestions from all stakeholders, including industry leaders, on its plan to resolve the basic issues of the city such as providing water supply to irregular colonies, affordable and superior healthcare services and housing to slum dwellers.
Tags assigned to this article:
news 6 development ficci tax delhi government aap manish sisodia