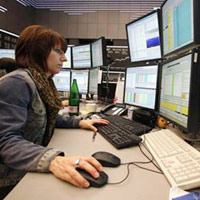 08 November, 2014
Print this article Font size -16+
Investors in Singapore are concerned over the pending implementation of General Anti-Avoidance Rule (GAAR) and its impact on investments there, according to legal and tax executives.

They said investors here were seeking more clarity on the GAAR at a seminar last night on the Indian Budget, 2013-14.

"While the deferment (of GAAR)...has definitely lifted market sentiment, the ambiguity regarding whether the GAAR framework would override the India-Singapore Double Taxation Avoidance Agreement (DTAA), has left our Singaporean clients in the lurch," said Shwetambari Rao, Partner at the Bangalore -based Krishnamurthy & Co.

The investors including MNCs are concerned about the GAAR impacts on the investments, both those already committed and those to be made in the future, said Gagan Malik, Director, International Tax Services at Ernst & Young Solutions LLP in Singapore. The invested were concerned about " Grandparenting" or back dating the taxes, according to Malik.

Experts said investors were monitoring the Vodafone case related to GAAR, where move to back-dating of taxes had made them "uncomfortable".

Presenting the Budget on February 28, Finance Minister P Chidambaram had said that the modified version of the GAAR provisions will come into effect from April 2016.

A number of representations were received against GAAR provisions introduced in the last Budget. Following which the government had set up an expert committee under Parathasarthi Shome to give recommendations on these tax proposals.

"I propose to bring the modified provisions into effect from April 1, 2016," Chidambaram had said.

Although the delay in GAAR implementation has brought some relief, investors would have to prepare their taxation system by 2015, which was not far away, said Krishnamurthy & Co's senior lawyer Rahul Singh Talwar.

He said, however, that the Indian government was aware of the steps taken by Singapore to differentiate itself from tax havens and keep in mind the growing commercial relationship between the two countries.

GAAR and its impact on the investments were some of the highlights of discussions at the three seminars on the Indian Budget held here this week, aiming to explain the benefits for foreign investments in India in the coming year.

Among other things, the proposed infrastructure and residential spending, as proposed in the Budget, are expected to generate business opportunities for large scale material and equipment supplies which were not currently available in India, said S Narayan, Head of Research and Visiting Senior Research Fellow at the Institute of South Asian Studies (ISAS) at the National University of Singapore.
(PTI)