New Delhi [India], January 25 (ANI): Bollywood actor Sidharth Malhotra, who was last seen in the 2019 film 'Marjaavaan', is the latest celebrity to join the US Senator Bernie Sanders meme fest.
Unless you have been living under a rock, you might be familiar with the viral memes surrounding Sanders' look at the US presidential inauguration ceremony, which has taken the social media by storm.
Among the many celebrities, who have been posting their versions of the meme, the 'Ek Villian' actor took to Instagram and shared two photos of him with a pink-themed studio background.
The first picture had Siddharth sitting on a chair posing for the camera, while in the second one he stood beside the same chair with an edited picture of the US senator sitting on it.
He wittily captioned the post as "Because Sanskar... #berniesanders" 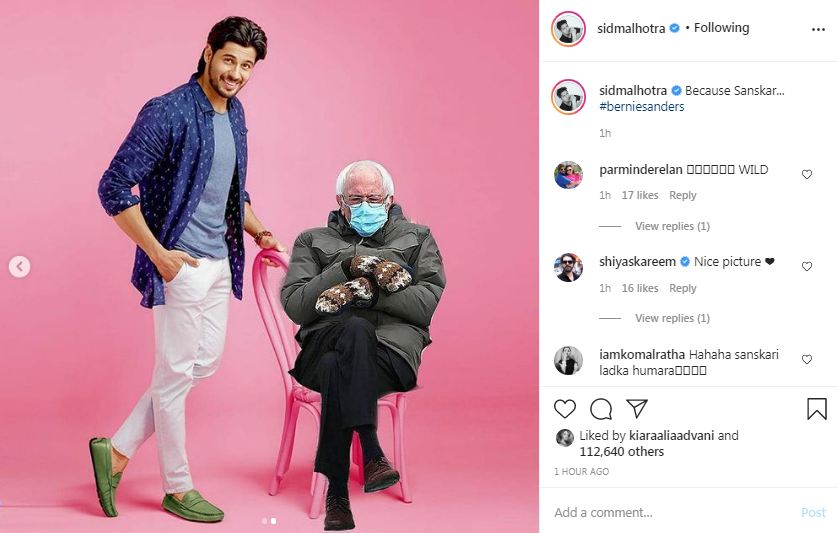 A picture featuring Sanders sitting cross-legged on a chair in his cozy and comfortable outfit among the guests, who were dressed to the nines, has now taken over the internet. Not only netizens but many celebrities globally have also shared their photoshopped pictures with the US Senator.
Meanwhile, on the work front, Sidharth will be next seen in 'Thank God', alongside Ajay Devgan and Rakul Preet. He also has 'Shershaah', 'Aankhen 2' and 'Mission Majnu' in the pipeline. (ANI)