Lucknow (Uttar Pradesh) [India], February 19 (ANI): Bollywood actor Sidharth Malhotra, who is currently shooting for his much-anticipated film 'Mission Majnu' in Lucknow, was greeted by a massive crowd of fans after the shoot.
The 'Student Of The Year' actor has been shooting at various iconic locations in Lucknow. The crowd of fans literally went berserk after catching a glimpse of the actor, welcoming him with hoots and whistles. 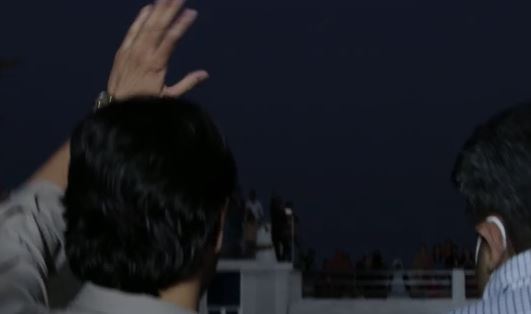 Reciprocating the love and warmth received by his fans, the 'Ek Villain' actor stopped and waved back at the crowd and asked them to be safe. Sidharth shares a great bond with his fans and followers as he ensures to talk to them and meet them regularly.
The film 'Mission Majnu' is inspired by real events set in the 1970s. It is the story of India's most courageous mission in the heart of Pakistan that forever changed the relationship between the two nations.
Written by Parveez Shaikh, Aseem Arora, and Sumit Batheja the upcoming thriller stars Sidharth as a RAW agent who leads the mission.
This film marks two important firsts - it will be southern superstar Rashmika Mandanna's highly-anticipated Bollywood debut and the directorial debut of award-winning ad filmmaker, Shantanu Bagchi.
Apart from 'Mission Majnu', the actor has a flurry of projects in his kitty including 'Thank God', 'Shershaah', and 'Aankhen 2'. (ANI)