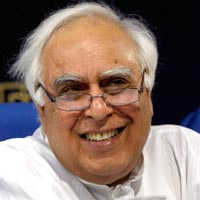 Finance Minister Pranab Mukherjee said the government will examine the implications of the judgements given by the Supreme Court in the 2G case.

"Judgements have come and we will have to examine judgements and its implications. Government will examine it," said Mukherjee.

Govt To Respond
Congress left it to the government to respond to the Supreme Court verdict in 2G scam cancelling 122 2G spectrum licences even as the party noted that it had not passed any remarks against Home Minister P Chidambaram.

"The Supreme Court has taken a decision. The government will respond to it," AICC General Secretary and incharge of media department, Janardhan Dwivedi told PTI.

The party also noted that the apex court has not passed any remark against Chidambaram for his alleged role in the 2G case but it withheld detailed comment pending a study of the order.

"We have respect for the judgement of the Supreme Court. They have not passed any remarks against the Home Minister and, as far as telecom licences are concerned, which are cancelled, we have not gone through the judgement so far," party spokesperson Rashid Alvi said.

He said it is too early to comment on the judgement.

"Let us go through the judgement," he said.

The Supreme Court has left it to the trial court to decide on the demand for investigation into the alleged role of Chidambaram in the scam but had refused to give direction to the CBI on the issue.