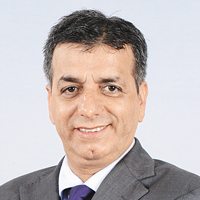 From an average fortnightly issuance of over Rs 50,000 crore at the beginning of this financial year, fresh CD issuance in the fortnight ended November 4 was just over Rs 6,000 crore. Mutual funds, mostly debt funds, are the biggest investors in CDs (and CP, but more on that later). But, as Arjun Parthasarathy, editor of investorsareidiots.com, a portal for financial market investors, says, the ebb and flow of money into CDs is volatile.

And at the end of each quarter, the volatility is most visible. "Advance tax payments and mutual fund redemptions go up," says Killol Pandya, head of fixed income at Daiwa Asset Management in Mumbai. "About Rs 35,000 crore has gone out of the banking system in mid-December towards the former." Another RBI hike would have resulted in a further spike in bond and debt securities yields.

Lack Of Depth
The story with CP — an instrument similar to the CD, but issued by highly-rated companies (CDs must be rated too; only those banks and companies with a rating equivalent to triple A can issue these securities) — is almost the opposite. As banks are reluctant to lend and are struggling to manage higher levels of risky loans, companies that can go to the money market are issuing commercial paper.

"In more than eight months of this financial year, roughly Rs 300,000 crore of CPs have been issued," says D.R. Dogra, managing director and chief executive officer at CARE Ratings. In  2010-11, only Rs 160,000 crore was issued. The maturity of CP, like that of CDs, also ranges between a minimum of seven days and one year.

Like CDs, they are traded in the money markets. "Average trading volume is about Rs 2,500 crore every day," says Anahaita Shah, head of fixed income at NVS Brokerage, a firm that helps clients deal with CDs and CP.

break-page-break
The preference for CP is understandable: it is short term, borrowing is unsecured and helps companies manage cash flow better in turbulent times. It is  cheaper than borrowing from banks. Take, for instance, HDFC that has recently made a CP issue. "We raised Rs 800 crore at a competitive 9.85 per cent for six months," says VS Rangan, executive director, HDFC. "We have been issuing CP regularly because of the attractive rates." Other companies are following his lead, say analysts, and CP issues will continue to be big in the last quarter of FY11.

But as much as analysts seem satisfied with the relative liquidity in both CD and CP markets, as a proportion of outstanding amounts, liquidity is not particularly high — on an annual basis, total traded amounts are less than twice. In the former case, the arbitrage opportunity (about four-tenths of a percentage point, or 40 basis points) between borrowing from the RBI's LAF window and lending in the CD market should drive heavier trading, says a debt broker. But volumes are expected to go down again in mid-January when the pressure of liquidity management for mutual funds goes down.

"All said and done, both the CP and CD market continue to suffer from lack of participants, which results in lack of depth," says Parthasarathi Mukherjee, president (treasury and international banking), at Axis Bank.  The lack of depth results in different pricing for issuers rated similarly. "The absence of two-way quotes and that of a trading platform are other reasons why these two markets lag the much-needed liquidity," says Laxmi Iyer, head of fixed income at Kotak Mahindra Mutual Fund.

So will SBI's unfixed deposit unfix the stuckness in liquidity?  Unlikely. Retail investor participation could be limited as borrowing against a CD is not permitted, and CP issues have no capital protection either. SBI's is an interesting experiment, but once market conditions stabilise, it will be a wholesale market again.