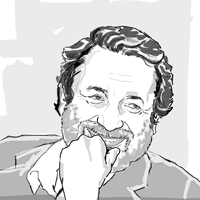 What survives, however, is the art of story-telling. In reality shows. In a soap opera. In a 30-second commercial. In a two-hour film. In each, the story-teller adapts to the technology and culture of the delivery system. The new force in delivery technologies is the Internet. Not only because it delivers artistic content to your personal device (computer or mobile) but also because it allows the consumer to co-create and share content with each other, bypassing the ‘gate keepers' who have traditionally dominated content.

I have no doubt that the theatrical film as we know it now will survive. But it will have far less of the iconic status it enjoys now. That's simply because a generation is now growing up with the tools to interact more closely in the act of creation with the artist. Also, this generation wants much more to be an ‘active' participant in the act of story-telling than a ‘passive' viewer.

So here is the future of the film business in India as I see it:

The question I am asked most is: "When will you make Mr India 2?"  My question to myself, though, is: "How do I turn Mr India 2 into an App?" For a film as an App is the best way to rethink the paradigm. Content will no longer be distinguishable between text, animation, music, gaming, sharing, co-creating. It will be one great ‘Manthan'.

Welcome to a very exciting future, for content-makers and sharers.