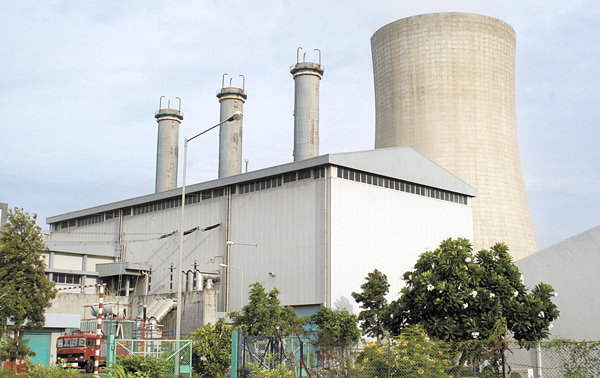 The CLP Group, at $11.5 billion in revenues, is a large player in Asia's energy sector; it supplies almost 80 per cent (6,900 MW) of the Hong Kong population's electricity needs, besides another 24,000 MW in mainland China, Australia, South-east Asia, Taiwan and India. It is also in the transmission and distribution businesses, and its portfolio includes coal, biomass, hydro, wind and even nuclear power-generating assets.

But now, like many other companies in the power generation business in India, CLP is staring at a slowdown in its expansion and future growth because of the lack of adequate fuel supply for both its coal-fired and gas-fired plants.

The plant load factor (PLF) — a proxy for capacity utilisation — at its Gujarat plant was less than 50 per cent last year. For now, to make up for the shortfall in gas supply, the company is buying from the spot market. "(But) it is not viable to run the plant in the long term on naphtha or imported LNG," says Rajiv Mishra, MD, CLP India. What does that do to the company's growth strategy?

Gasping For Gas
For starters, the company — an unlisted entity on the Indian stock exchanges — is engaged in a legal dispute with Gujarat Urja Vikas Nigam (GUVNL), the state distribution company, over pending payment for power purchase. The issue is still before the Supreme Court.

After acquiring the Paguthan power plant, CLP India's plan was to expand capacity there by another 1,000 MW. The plans were contingent on the availability of gas from Reliance Industries' (RIL's) KG Basin wells. And there was a big problem. "For the Paguthan combined cycle power plant, CLP India has a long-term fuel supply agreement (FSA) with Reliance Industries for KG-D6 gas," explains Mishra. "It was signed on 24 April 2009 and is valid through 31 March 2013. The total contracted quantity is 1.3 mscmd (million standard cubic metre per day) out of our total gas requirement of 3.1 mscmd." Presently, he says, they get only 0.62 mscmd, that is, just about half of the amount set in the contract and just 20 per cent of what the company needs to keep the plant going.

The government has absolute right on allocation of any gas that comes out of the KG basin, says a Reliance Industries official. "If the government reduces the allocation to anybody with whom we have a gas sales and purchase agreement (GSPA), we have no choice but to comply. There is a clause in the GSPA to this effect."

CLP India's officials acknowledge that RIL's discovery at the KG Basin fuelled the expansion decision. But yields from KG-D6 have fallen, and like many other power producers who planned projects (about 10,000 MW) banking on natural gas, CLP is having trouble getting replacement supplies.

break-page-break
The result is that after getting all the necessary clearances, CLP India has decided to put  expansion on the back burner till adequate gas supply is available. Current supply amounts to 1.6 mscmd. Apart from RIL, Cairn India and Lakshmi GSC will supply 0.16 mscmd (the contract is valid through 2023 subject to gas reserve in the fields). There is another LNG contract with GSPC for 0.4 mscmd till December 2013, and some from GAIL on a reasonable endeavour basis, says Mishra.

Going For Coal
Initially, CLP India was not serious about coal-fired power projects, even though almost all leading Indian power producers planned to set up coal-fired plants. Also, despite its expertise in managing large power projects in other countries, it did not bid for the four ultra mega power projects that the government has awarded so far in India (Sasan, Tilaiyya, Krishnapatnam and Mundra).

"We were concerned about the huge risks of running such large plants of 4,000 MW capacity," says Mishra. Instead, the company decided to set up a super critical 1,320 MW (2x660 MW) coal-fired thermal power plant at Jhajjar in Haryana. Power purchase agreements for 85 per cent of its generating capacity are contracted to Haryana distribution companies or discoms. The remaining was to be sold outside the state to Tata Power.

Here, too, it has hit a wall. Coal supplies were contracted through FSAs with Coal India. The first 660 MW unit was commissioned in March this year; though the company has commissioned the second unit as well, it has not received any assurance from Coal India on fuel supplies. CLP has invested Rs 6,000 crore in the plant, which has been financed by a consortium of foreign banks, including Rs 1,700 crore as equity.

"We hope the coal supply issue gets resolved soon and we get supplies from Coal India," says Mishra. CLP will consider bidding for pit-head ultra mega power projects in the future, he says.

With gas and coal projects in limbo, there is one place that CLP India can claim success — wind power generation. It is currently the largest wind energy player, managing 481.8 MW spread over Maharashtra, Gujarat, Tamil Nadu, Rajasthan and Karnataka. The company has wind power projects for another 257.6 MW under construction.

The Answer Is Blowing In The Wind
It is not surprising that CLP India is betting big on wind energy. After all, of CLP's $11 .5 billion in global revenues, over 18 per cent comes from wind energy. "We will have over 740 MW of wind (capacity) in place by 2013 and plan to add 200-300 MW every year," says Mishra.

CLP will invest close to Rs 4,000 crore in wind energy projects (Rs 1,400 crore of that in equity). It is also considering solar energy; it has set up a pilot 10 MW plant in Rajasthan. The parent company recently commissioned a large 55 MW solar project in Thailand, one of the largest solar projects in the world at a single location. Yet, CLP India did not bid for solar projects in the country two years ago, when the government was allocating solar energy projects, as it is a new business model in the country.

The renewable energy initiatives are part of the group's strategy to reduce its carbon footprint, and to increase the share of non-carbon emitting power projects to 30 per cent by 2020. Mishra believes that continuing investments are poised to give big returns in the future.

But large projects also need large amounts of capital. "It is possible that our Indian business may at some stage make demands on CLP Holdings' capital on a scale beyond what we are prepared to fund ourselves," says Andrew Brandler, CEO of CLP Holdings in the company's 2011 annual report. "Our response might involve recourse to joint ventures at the project level, in order to ease our capital commitments. In due course we will consider a local listing."

So despite the risks and problems, is CLP here to stay? CLP's founders, a Jewish family from Baghdad called Kadoorie, had stayed in Mumbai (then Bombay) for a few years in the late 1850s. Though they did not have any business interests in Mumbai, they supported the launch of a school in South Mumbai. The Kadoories were also close friends of the Sassoons, another prominent Jewish family in Mumbai. They moved to another British colony, Hong Kong, and started CLP. The family is still the largest shareholder in the company (30 per cent). So in a small way, this may seem like a homecoming.