Shah Committee To Go Into All 'Legacy' Tax Issues: Jaitley 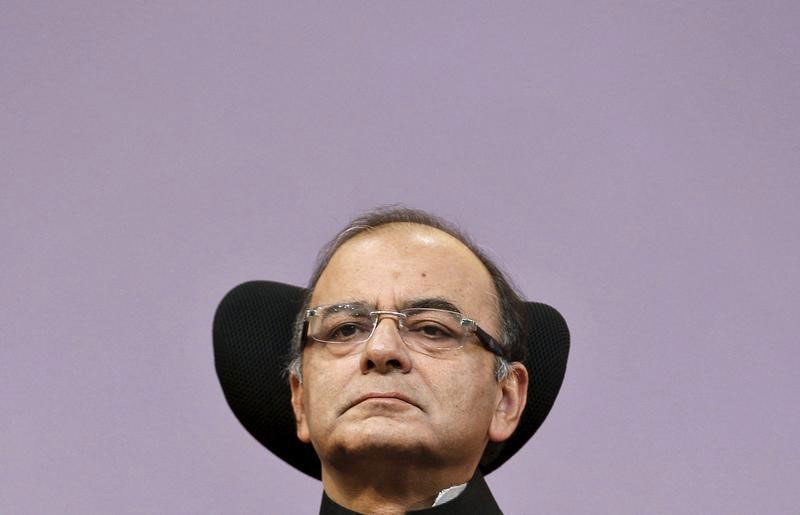 22 May, 2015
Print this article Font size -16+
The Justice Shah Committee, constituted to go into levy of MAT on FIIs, will look into all important "legacy" cases, Finance Minister Arun Jaitley said blaming conflicting judicial rulings for the controversy on the issue that has riled foreign investors.
He also said that foreign investors had invited the levy of Minimum Alternate Tax (MAT) on themselves by approaching the Authority of Advance Rulings (AAR) in 2012 and since the issue is now stuck in judiciary, the government cannot provide any exemption.
"The only thing we have done is to exempt (MAT levy for) future. The past is not of our making. You go to a Tribunal and you invite a verdict against yourself. So if the 2012 verdict had not been invited, the 2010 verdict would have stood," Jaitley told PTI in an interview.
While the tax department has already sent draft notices totalling Rs 602.83 crore to 68 Foreign Institutional Investors (FIIs) for previous years, Jaitley, in Budget 2015-16, has exempted them from paying the levy with effect from April 1, 2015.
"There is nothing that this government has done. It is a clear legacy issue. As far as the future is concerned, I have completely put the whole issue to rest," Jaitley said.
The AAR had, in 2010, ruled that MAT did not apply to foreign companies which did not have an office in India.
But in 2012 the AAR directed Castleton to pay MAT in India on their book profits when it transferred shares from a Mauritius entity to a Singapore entity.
"On all the important legacy issues, the Justice Shah panel, which comprises experts outside the government can take a more dispassionate view. Because if u have only views coming from the revenue department they are too revenue- centric.
"If you have it coming from the chambers they are too assessee-friendly. So let there be a panel outside which advise the government as to what the correct position appears to be," Jaitley said.
Jaitley said the Council for the foreign institutional investors (FIIs) and Attorney General both have gone to the Supreme Court, asking for an early hearing.
"Some people erroneously represented it as a retrospective law. There was no retrospectivity. In fact, what was being asked was an exemption. Now since the matter is in the Supreme Court, I am waiting for the Supreme Court to resolve it," Jaitley said.
The Minister had earlier this month announced constitution of a high level committee under Law Commission Chairman Justice A P Shah to look into the issue of Minimum Alternate Tax (MAT) demand raised on foreign investors besides few other legacy issues.
The tax department is in the process of drawing up the terms of reference of the Committee.
Jaitley said the Shah panel would consist of members outside the revenue department and industry chambers.
Following the announcement of setting up of the Committee, the Tax department has directed its field officers to put on hold issuance of fresh notices and any further assessments on levy of this tax on such entities.
"Issue of fresh notice for reopening of cases as also completion of assessment should also be put on hold unless the case is getting barred by limitation," a CBDT circular had said.
As FIIs pulled out funds from markets, the Government last month sought to soothe the nerves of jittery foreign investors saying those FIIs coming from countries with which India has a double taxation avoidance pacts would be exempt from the 20 per cent MAT levy.
(Agencies)
Tags assigned to this article:
economy news 3 corporate mat shah commission legacy tax