Severe waterlogging in parts of Mumbai due to heavy rains

Severe waterlogging in parts of Mumbai due to heavy rains 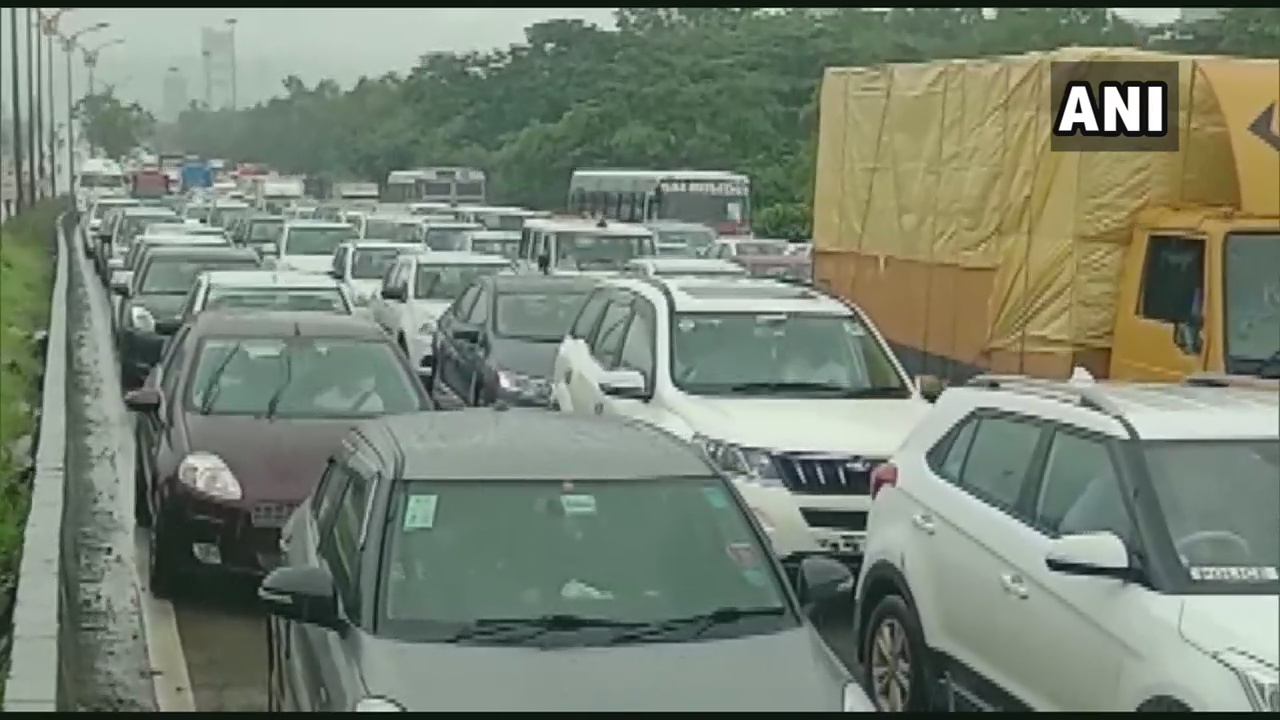 Meanwhile, heavy traffic congestion was seen in Vashi area of Navi Mumbai after a spell of rain.
It has been raining intermittently since last night in Mumbai and adjoining areas, said (Brihanmumbai Municipal Corporation) BMC earlier today.
K S Hosalikar, Dy Director General (DDG) of Meteorology, India Met Department, Mumbai, said, "Mumbai morning rains moderate ...With intense spells now going on. It will not there for a longer time."
"Mumbai and around record moderate to heavy rains in the last 24 hours. Most of it occurred since early morning with thunder. Colaba side intensity remained high with ~ 60+ mm RF. Thane, NM side record heavy falls. Latest satellite image indicates a cloud patch near Mumbai. Reducing," he added.
The Regional Meteorological Centre of Mumbai has predicted moderate rain and thunderstorm in the city for 24 hours. There is a possibility of occasional intense spells. "Generally cloudy sky with moderate rain/thunderstorm in the city and suburbs. Possibility of occasional intense spells," it said.
The Meteorological Centre also predicted generally cloudy sky with light to moderate rain for 48 hours. (ANI)