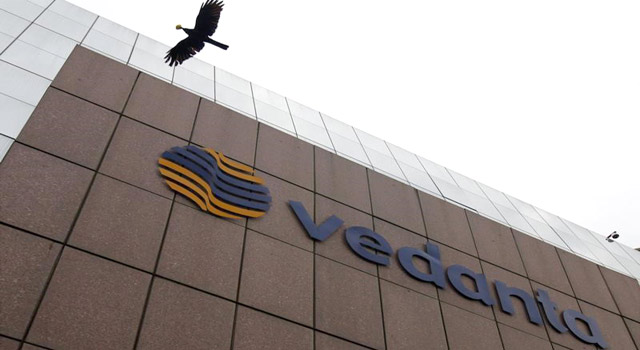 02 December, 2014
Print this article Font size -16+
Sesa Sterlite Ltd said it would invest $782 million over a three-year period in southern Africa to tap the region's large undeveloped deposits of the metal and offset a fall in production volume from its mine in Ireland.
The company would spend about $630 million to develop an open-pit zinc mine and associated infrastructure at Gamsberg, South Africa, the company, part of the London-listed miner Vedanta Resources Plc, said in a statement.
The balance will be used to convert the refinery at the Skorpion mine in Namibia to enable to it to refine zinc concentrates from Gamsberg into special high grade metal, it added.
"The Gamsberg-Skorpion Integrated Zinc Project is central to Vedanta's long term aspirations for Southern Africa," Chief Executive Tom Albanese said in a statement.
Albanese said output from Gamsberg, where first ore is likely to be produced in 2017-18, along with the upgradation of the refinery in Namibia will help the company make up for loss of volume resulting from the end of life of the Lisheen mine in Ireland.
The Gamsberg project, which will be operated by the company's majority-owned Black Mountain Mining unit, will create 1,500 jobs during construction and 500 permanent positions, Sesa said.
Sesa Sterlite shares were down 1.65 percent in afternoon trade on Thursday in a Mumbai market which was down 0.1 percent.
Vedanta Profit Hurt By Costs
Vedanta Resources Plc reported a 5 percent fall in first-half core earnings due to lower production and higher costs at its oil and gas and Zambian copper businesses, where the company said it was continuing to face challenges.
The London-based miner, which has most of its assets in India, said earnings before interest, tax, depreciation and amortisation fell to $2.1 billion in the six months ended Sept. 30 from $2.21 billion a year earlier.
Vedanta said lower volumes at Zinc India, lower Brent crude prices, a higher share of profit on petroleum payable to the Government of India and a planned maintenance shutdown at Cairn India Ltd, its oil and gas operations, had also hurt the company in the first half.
The miner reported an 8 percent fall in oil and gas production and a 12 percent decline in copper output at its Zambian business last month.
Vedanta bought a controlling stake in Zambia's Konkola Copper Mines (KCM) a decade ago. The business, intended to be part of a push beyond the company's origins in India, accounts for about 8 percent of its total revenue.
"At Copper-Zambia, we remain committed to delivering an operational turnaround, despite several challenges. We continue to engage with various stakeholders, including the Government of Zambia, to improve productivity, volumes and profitability," the company said in a statement.
However, group revenue rose 6 percent to $6.46 billion as Vedanta was able to recognise higher premiums for zinc and aluminium and produce more at its India copper business.
Realised premiums for aluminium rose 32 percent in the first half of the year, while zinc premium almost doubled.
The company also announced an interim dividend of 23 cents per share, up from 22 cents a year earlier.
Vedanta shares were down 0.4 percent at 793 pence at 0824 GMT on the London Stock Exchange. They have lost more than 30 percent in value since the beginning of the year.
(Reuters)
Tags assigned to this article:
news 6 aluminium mining vedanta resources zinc zambia sesa sterlite konkola copper mines tom albanese gamsberg-skorpion integrated zinc project namibia zinc india