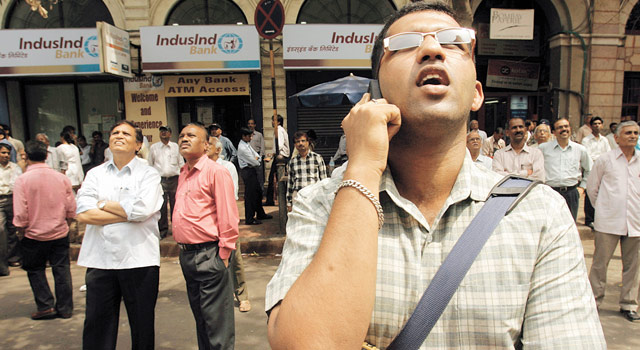 08 June, 2015
Print this article Font size -16+
The benchmark BSE Sensex on Wednesday (20 May) jumped by 192 points to its highest in near one-month at 27,837.21 as blue-chip stocks HDFC, Wipro and TCS advanced on prevailing rate cut expectations and ease in foreign investors' selling.

Buying was visible in IT, teck, banking and power shares.

The gauge had lost 41.77 points in Tuesday's highly volatile session.

The 30-share BSE index commenced the day higher at 27,749.30 and further advanced to touch the day's high of 27,903.01. However, profit-booking at higher levels in some counters, trimmed some gains.

"Even as rate cut hopes push Indian equities higher, such attempts continue to face resistance from concerns that the extent of southwest monsoon rains would be normal and would be influenced by El Nino phenomenon," said Anand James, Co Head Technical Research Desk of Geojit BNP Paribas.

European markets, however, were trading weak after a Greek official said the country may not make an upcoming repayment to the International Monetary Fund (IMF).