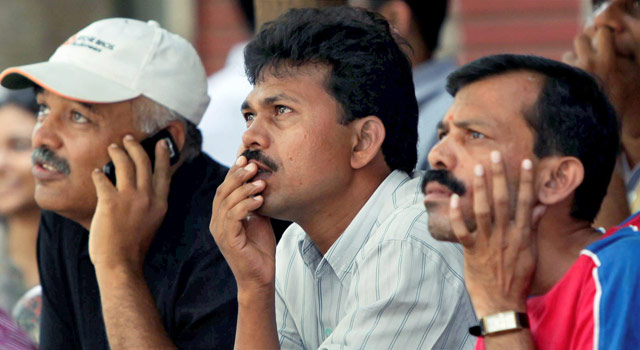 The Sensex had gained 466.69 points, or 1.66 per cent, in the previous three trading sessions.

Amid concerns about possible misuse of Offshore Derivative Instruments, or P-Notes, for money laundering and other such purposes, Sebi yesterday directed foreign investors to ensure compliance with all necessary norms before issuing such notes with immediate effect. This, some market analysts, said hurt sentiments today.

"Correction in markets could (also) be attributed to profit booking from retail investors and due to some stock specific news. Among day's major market moving events, ITC was down by more than 5 per cent intraday after on reports government has accepted the recommendation of ban of loose cigarettes," said Hiren Dhakan, Associate Fund Manager, Bonanza Portfolio.

The market may remain volatile this week as traders said participants are rolling over positions in the futures & options (F&O) segment from November to December 2014 series.

Key benchmark indices in Germany, France and UK rose by 0.11 per cent to 0.73 per cent.