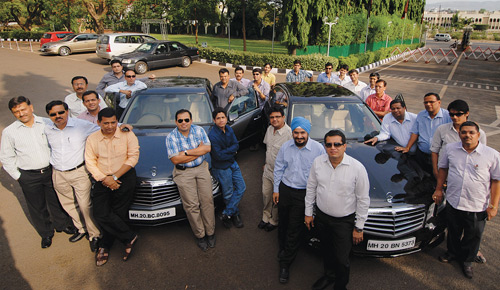 That's when Maruti drew up its strategy for the other India — a move that has taken the share of rural and semi-urban markets in sales from 3.5 per cent in 2007-08 to as much as 21 per cent at present and given the company an early mover's advantage.
Rising agricultural commodity prices, the government's debt waivers and guaranteed  employment schemes have put more money in the hands of Bharat and brought the consumers in those markets closer to the marketing world. "The great rural-urban divide is no longer as dramatic as it used to be a decade ago," says George Angelo, Dabur India's executive vice-president of sales.

Future Brands, a Future Group company, is now in the final stages of a study that maps changes and aspirations of non-metro urban India. "The real story is not about how different Tier II is, but how similar and continuous it is in so many ways to the Tier I markets," explains Santosh Desai, CEO of Future Brands. A good marker, he says, is the presence of the Cafe Coffee Day retail chain in these smaller towns.

Class differences are blurring between big cities and not-so-small towns. Companies are learning to tweak product mixes and rearrange price points and, when needed, opt for local activation formats.

For those who dared to go deeper into India, like Maruti, it meant letting go of a few presumptions first, says Pareek. The first was that a village meant poverty; the second was that rural meant a farmer. The government's employment guarantee programme was bringing in Rs 400 a day for a family of four or five. No, that's not enough to buy a car, but it is enough to buy more groceries. So, it was the grocers and the salaried school teachers that Maruti had to tap.

Airtel Digital's CEO Ajai Puri is doing similar calculations. By his math, two or three cellphones per home work out to one set-top box. Like Maruti, Airtel Digital, too, has aggressively expanded a decentralised service model. The course charted by DTH services has been different from other services or consumer durables. Areas with lesser population have been growing on par with or even faster than many urban areas. Over 60 per cent of Airtel DTH's new customers today come from Tier III towns (that is, population less than 100,000) and below. The reason is that satellite-based DTH service could be made available to virgin and difficult territories, such as in the North East, or even to areas with low population density, for example, in Rajasthan, that cable technology was not servicing. Apart from this, demand has also come from low-income and under-served pockets, for example, in Uttar Pradesh.

"Rural consumers are exhibiting a marked propensity to spend on premium high-quality products backed by strong brand values," says Dabur's Angelo. Beauty and grooming is, says Future Brand's Desai, a key driver of aspiration, along with education, mobility and technology.
Aspirational buying, say Dabur executives, is also driven by media penetration and exposure to relatives who have migrated to towns. Dabur zeroed in on 71 high-potential districts in eight states — Punjab, Uttar Pradesh, Bihar, Madhya Pradesh, Chhattisgarh, West Bengal, Maharashtra and Gujarat. "Brands with strong rural franchise were the key focus in these markets, and low unit price-packs and price point offerings were brought into focus to capitalise on the opportunities," says Angelo.

Other FMCG players are not far behind.

Godrej Consumer says it has a specific strategy, which has led the company to have a differentiated sales strategy to serve states such as Bihar, Madhya Pradesh, Rajasthan and Uttar Pradesh.

Customer Is KingFor Maruti, the most convincing opinion makers were the "sons of the soil, the local friend-philosopher-guide". A typical car salesman and his sanitised showroom can be intimidating. So Maruti decided to take its cars to haats. It also invited sarpanchs, in groups of about 50, to its factory in Delhi NCR. They then went back home and created a buzz that no marketing could have generated. The result was that when a car was eventually delivered, it was received by a village full of curious people.

Maruti now keeps an eye on crop calendars in different regions. India is too vast a country to waste national discounts on. The carmaker has learnt to appreciate the importance of Pongal to Tamil Nadu, groundnut harvest to Saurashtra or orange crop to Nagpur.

In some cases, customers, too, are reaching out to companies. Till last year, Aurangabad, named after arguably the most reviled Mughal ruler in India, Aurangzeb, was just another tourist town in Maharashtra. Then one day, the town's rich men decided they would acquire top-end automobiles. However, no top-end car manufacturer was willing to set up a service centre in Aurangabad as there were not enough cars to service. So the few rich men decided to talk to other rich men. What followed was a bulk order of Mercedes and BMWs. Within just one day, in October 2010, Mercedes delivered 150 cars — ranging from the basic C-class all the way to the S-Class — worth Rs 65 crore to Aurangabad.

Where infrastructure is not able to keep up with customer demand, both users and companies are finding innovative solutions. Godrej, for example, has Chotukool, a mini-refrigerator designed specifically for markets with erratic power supply. In Bihar, says Airtel Digital's Puri, television sets are plugged to bike batteries so that favourite serials, or the recent Cricket World Cup, can be watched through power cuts.