Thiruvallur (Tamil Nadu) [India], September 26 (ANI): Security arrangements have been made outside the farmhouse of musician SP Balasubrahmanyam in Thamaraipakkam village of Thiruvallur district on Saturday.
"Today, on account of the funeral of SP Balasubrahmanyam, we have made elaborate security arrangements. We have deployed around 500 personnel and a separate traffic police team is also there to take care of traffic issues," Aravindan, Superintendent of Police Thiruvallur told ANI.
Andhra Pradesh Irrigation Minister Anil Kumar arrived to pay tribute to the legendary singer Balasubrahmanyam. 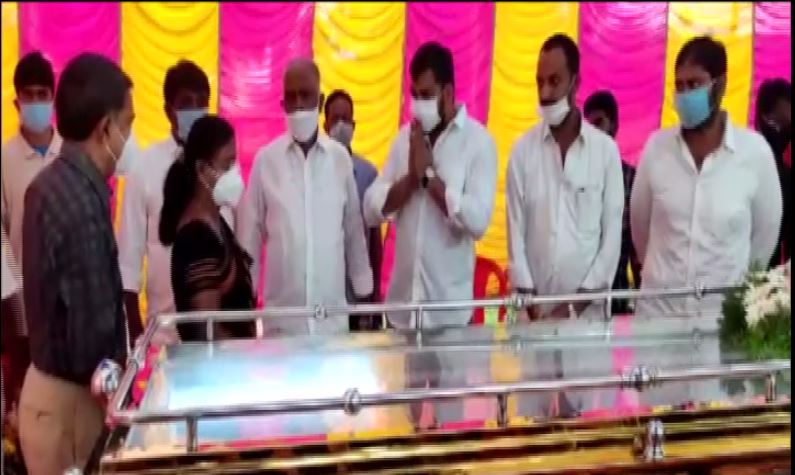 Fans also gathered outside the farmhouse of the late playback singer to pay their homage.
On Friday night, Balasubrahmanyam's mortal remains were brought to his farmhouse for the last rites.
After over a month-long battle at the Intensive Care Unit of MGM Healthcare in Chennai, Balasubrahmanyam, popularly known as SPB, died on Friday afternoon.
He was 74.
On August 5, the musician confirmed testing positive for COVID-19 with 'mild' symptoms through a video message posted on his official Facebook page.
In the video, the singer detailed about having a little "discomfort" for two days, stating he had chest congestion along with cold and on-off fever, which led him to get tested for the virus. (ANI)