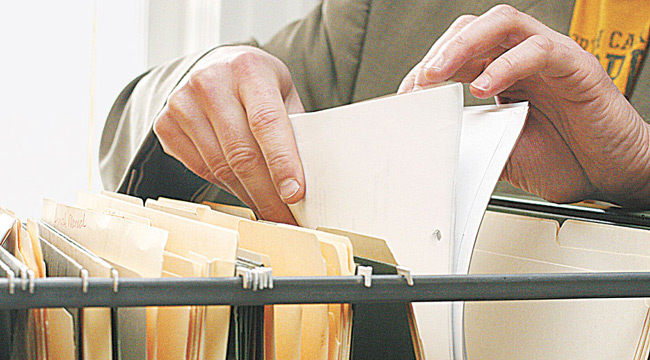 10 March, 2015
Print this article Font size -16+
The recent corporate espionage case involving low-level government functionaries and executives of companies is not something new. The purpose of stealing data was to read the government’s mind and make a killing on the stock market or through business decisions. Eliminating such nexus is never easy, although much can be done to minimise its impact. More public disclosures at every stage of policy making will certainly help. Voluntary, real-time disclosure of all information that can otherwise be accessed through an RTI application should help. What is wrong if the citizens get an inkling of what is about to happen? Look at Delhi’s Aam Aadmi Party government. It is crowd sourcing its budget this time. Why should anyone pay to find out what the government will do if it is certain that the announcement will be the sum total of all the practical suggestions from below? If you cannot break corporate-official nexus, sanitise its breeding ground.
— Joe C. Mathew

Who’s Money Is It?
At long last, the Reserve Bank of India (RBI) has decided to go public with unclaimed bank deposits. Banks will now have to find the whereabouts of such account holders rather than just sit on such information. From now on, banks are to list details of such dormant accounts — defined as inoperative for a decade — on their websites and branches. It might be recalled that earlier the RBI had asked banks to move such deposits to the Depositor Education and Awareness Fund. Mint Road’s data shows that state-run banks account for 88 per cent of all unclaimed deposits of Rs 3,236 crore.
— Raghu Mohan

Keeping Markets On A Tight Leash
Capital market regulator SEBI’s decision to allow bourses to remain open on Budget day — a non-working Saturday — needs to be lauded as this move helped in reducing volatility by a good measure. Big-ticket announcements like reduction in corporate tax, allowing SARFAESI powers to NBFCs and larger allocation to the infrastructure sector were dealt more moderately by market participants — rippling a normal ‘swing’ of just about 650 points on Budget day. That apart, lower foreign portfolio investor participation also cut wild market movements. Foreign investors seemed to have taken a day off on Saturday as their counters notched up share purchases worth just Rs 614 crore. On the whole, it was an easy day for investors who surfed gentle waves to pare some gains and also buy stocks at dips.
— Shailesh Menon

At Your Service
The quality of service at our banks is nothing to write home about. But which one tops the charts for the worst? According to the Annual Report of the Banking Ombudsman Scheme 2006 (2013-14 edition), of the total 82,052 complaints, state-run banks accounted for 64 per cent; private banks 22 per cent and foreign banks 6.5 per cent. The maximum number of complaints was card-related, at 24.1 per cent. What it tells you is that as retail banking booms, banks will have to put in place mechanisms to service customers. The carpet-bombing approach to push sales through direct sales agents to acquire customers and higher share of their wallet is the primary reason for the surge in complaints.
— Raghu Mohan
Investor Inconveniences
The usability of Know Your Customer or KYC records across the financial services sector remains a distant dream despite the well-intended efforts of various financial regulators. Investors in mutual funds and other

equity market-related products, in particular, are required to comply with a separate Sebi-mandated KYC process prior to making investments. In other words, capital markets regulator Sebi still does not allow intermediaries to rely on the KYC done by banks. It is common knowledge that banks, which are governed by the Reserve Bank of India, adopt a more rigorous KYC process than most other financial regulators. But that does not seem to be good enough for regulators like Sebi which insists on its own set of KYC compliance. If your application for mutual fund units gets rejected citing KYC as the reason, you will have to resubmit your identification papers and present yourself for ‘in-person verification’ before handing out your first cheque to the fund house. This is a one-time process, but still a repetition of what one has undergone while opening a bank account. Investors will be able to breathe easy only when all regulators come to the table and decide on a one-time KYC process that will be applicable across the investment world. But that may never happen as regulators may not want to give up their “powers” of imposing KYC norms, lest it may make them look ineffective and redundant.
— Shailesh Menon
Shape Of Things To Come
Each time you Google, the search engine collates details of the sites visited and links clicked by you and

loads more of the same for future use. Now, we all know there are more transactions at ATMs than Google searches. It follows that banks should start mining such data. RBI deputy governor S.S. Mundra has tried to put the thought in the heads of our bankers. “The kind of personalisation Google has achieved in its searches has not been attempted in the area of advertisement on ATMs. This could be an area for banks and their software vendors to work on so as to generate further sales leads.” Mundra has basically taken a leaf out of Brett King’s Bank 3.0, and it may seem futuristic. But it may not be all that far off. Poses Mundra: “Can there be a possibility of account number portability...? So, if an individual is not happy with the service received at one bank, he can possibly opt for shifting his banking relationship to another bank.” Moral: use technology to map your customer, or else she may walk away.
— Raghu Mohan
(This story was published in BW | Businessworld Issue Dated 23-03-2015)
Tags assigned to this article:
magazine banking google sebi reserve bank of india kyc norms corporate espionage magazine 23 march 2015