Sebi Queries For Mallya On Diageo 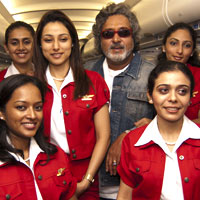 08 November, 2014
Print this article Font size -16+
The Securities and Exchange Board of India (Sebi) has written to billionaire Vijay Mallya's United Spirits "with a set of queries" after it recently announced it was in talks to sell a stake to Diageo Plc, a United spokesman said on 11 October, declining to specify the nature of the inquiry.

The queries from the Sebi come after shares in United Spirits surged 23 per cent in the four days leading up the September 25 announcement, jumping an additional 10 per cent the day when the spirits maker disclosed the talks.

"We look at a lot of companies based on market movement and seek management's comments, but there is no formal probe yet (on UB)," a source at Sebi told Reuters.

United Spirits shares have been volatile through the year due to widespread speculation about the company's on-again, off-again courtship with Diageo. The volatility has come as Mallya has scrambled to raise funds for his ailing Kingfisher Airlines.

"We have provided the information," said Prakash Mirpuri, a spokesman with Mallya's UB Group, referring to the requests from SEBI. Mirpuri declined to say if the investigations are linked to United Spirits' share price movement.

"The movement in share prices of our group companies has been largely influenced by the wide speculation by the media, with no comments from us," he said.