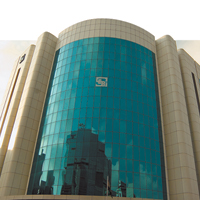 08 November, 2014
Print this article Font size -16+
Market regulator Sebi on September 26 notified wide-ranging reforms for mutual fund sector, which would provide incentives to fund houses for expanding to small cities but might result in additional costs for investors.

The changes, which would come into effect from next month, would require fund houses to make half-yearly financial results within one month of the end of every six-month period, Sebi said in a notification.

The decisions were approved by Sebi's board in its last meeting on August 16 with an aim to re-energise the mutual fund industry, by expanding its distribution network among other steps.

Notifying the proposals approved by its board, Sebi said that the fund houses might charge investment and advisory fees on their schemes, which would have to be fully disclosed in the offer document.

In case of a fund of funds scheme, the total expenses of levied on the scheme would be capped at 2.50 per cent of the daily net assets of the scheme.

In addition to the total expenses already levied on schemes, Sebi would allow the fund houses to levy brokerage and transaction costs, which is incurred for the purpose of execution of trade and is included in the cost of investment, with a ceiling of 0.12 per cent in case of cash market and 0.05 per cent in case of derivatives transactions.

Sebi further said that the expenses charged under these clauses would have to be utilised for distribution expenses incurred for bringing inflows from such cities, and the amount incurred as expense on account of inflows from such cities would have to be credited back to the scheme in case the said inflows are redeemed within a period of one year.

Among other measures, the fund houses would have to calculate the Net Asset Value (NAV) of the scheme on daily basis and publish the same in at least two daily newspapers with nation-wide circulation.

Also, any exit load charged by the fund houses would have to be be credited to back to the scheme.

This measure, along with capping of the total additional expenses at 0.2 per cent in normal case, would encourage long term holding and to reduce churn and align the interests of the fund houses and distributors with that of the investors.

These particular steps would not result in any additional cost to the investors, but the provision for additional expenses of up to 0.3 per cent for inflows from smaller cities could make the investments costlier at the investors' end.

Sebi's board has approved certain additional proposals for mutual funds, including for regulation of distributions and for allowing cash transactions of up to Rs 20,000 without PAN requirement, which are expected to be notified later.