Sebi Cracks Down On Cos Raising Public Funds Illegally 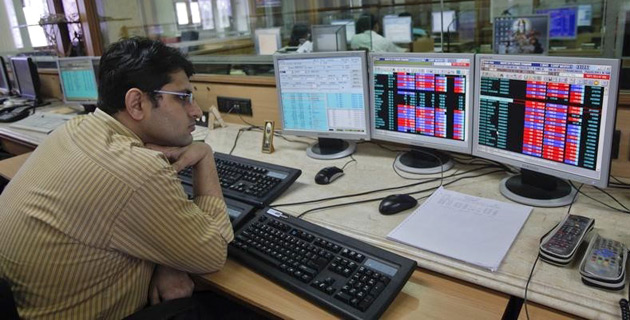 08 November, 2014
Print this article Font size -16+
Even as a bill was introduced in Lok Sabha on Monday (4 August) to amend the securities market laws that would give more teeth to Sebi to crackdown on fraudulent investment schemes, seek information from any entity related to a probe and also provide for setting of special courts to ensure speedy trial, the market regulator has begun coming down hard on entities raising public money illegally through issue of 'redeemable preference shares' and similar instruments, as also through sister concerns after being barred from markets.

Action has been initiated in a number of such cases in the past one month, wherein close to Rs 5,000 crore had been raised through issuance of such securities.

These cases are other than those involving illicit 'Collective Investment Schemes'. Sebi has also initiated action in many CIS cases and companies that raised close to Rs 4,000 crore have been asked to wind down their schemes.

In connection with violation of capital markets norms in issuance of RPS and other securities, at least 7 companies, as also their promoters and directors, faced strict action by the Securities and Exchange Board of India in July itself.

These firms were found to have issued debentures and preference shares without complying with the necessary regulatory laws.

Another eight companies faced Sebi crackdown last month for violation of CIS regulations and these include some companies based in Kolkata.

There are some sister concerns of companies that were earlier barred from raising funds as well as from launching investment schemes earlier, shows an analysis of recent orders passed by Sebi.

Similarly, Nicer Green Housing Infrastructure Developers was prohibited by Sebi on July 28,2014 from raising further funds while it had issued restraining order against another group company Nicer Green Forest in March last year.

In one of its biggest crackdowns, Sebi has barred Pancard Club India which had raised more than Rs 3,000 crore from nearly 25 lakh investors.

Similar orders were also issued against Mega Mould which had raised Rs 716 crore from investors and Wasankar Wealth Management (Rs 12.89 crore), during the month.


Bill To Empower Sebi Introduced In LS
The Securities Laws (Amendment) Bill, 2014, aims to empower capital market watchdog Securities and Exchange Board of India (Sebi) by giving powers such as authority to seek call data records.

An ordinance to empower Sebi to deal with ponzi schemes was promulgated thrice during the previous UPA regime but the same could not be passed by Parliament to make it an Act.

The bill was introduced by Minister of State for Finance Nirmala Sitharaman as, she said, Finance Minister Arun Jaitley was unwell and could not attend the House.

Her clarification about Jaitley's absence came after some Opposition members wanted to know why the Finance Minister was not present as the bill was listed in his name.

"To protect the interests of investors and to ensure orderly development of securities markets, it has become necessary to enhance the powers of the Board," the government said, explaining the objects and reasons for the bill.

Besides, the capital market watchdog would get increased powers to crack the whip on illegal investment schemes.

The bill aims to protect investors as well as curb fraudulent investment schemes thriving at the expense of gullible investors.

"Further, in view of large pendency of cases, it is necessary to constitute Special Courts for prosecution of offences under the securities law to provide speedy trial," the government said.

As per the bill, any unregistered scheme having a corpus of Rs 100 crore or more would be deemed as a collective investment scheme.

Instead of First Class Judicial Magistrate, the Magistrate or Judge of such designated court in Mumbai -- as notified by the central government -- would have jurisdiction to issue an order "for the seizure of books, registers, other documents and records".