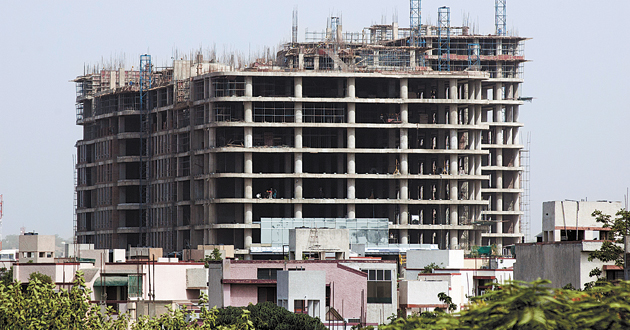 08 November, 2014
Print this article Font size -16+
Realty stocks gained on Monday (11 August) after market regulator Securities & Exchanges Board of India (Sebi) gave final approval for establishing REITs on on 10 August. The move will help the sector in reducing the high levels of debt in the sector, analysts say.

Paving the way for Rs 1 lakh crore fund inflows from foreign and domestic investors, Sebi has cleared new norms for setting up and listing of Real Estate and Infrastructure Investment Trusts.

The new guidelines, which herald a new investment avenue in India on the lines of one in developed markets like the US, UK, Japan, Hong Kong and Singapore, would allow trading in units of REITs and InvITs like any other security on stock exchanges.

The norms were cleared by Sebi's board at a meeting, which was also addressed by Finance Minister Arun Jaitley, and takes forward the government's proposals in this regard as outlined in the Union Budget presented last month.

Welcoming the Sebi move, Anuj Puri, Chairman & Country Head, JLL India, said this is a big change from the ambiguity and uncertainty that prevailed about this very important instrument. As the drafts for REITs stands now, further clarity about taxation eligibility norms is definitely required, and will doubtlessly come before the first listing goes up. When this happens, there will be vastly increased interest from foreign investors.

Currently, Grade A office space in the top seven cities of India amounts to around 376 million square feet, and we anticipate that approximately 50 per cent of this space will get listed in next 2–3 years. The valuation of these assets is around $10-12 billion, and this accounts for a fairly massive influx of funding waiting in the wings to hit the Indian real estate market via REITs over the next few years.

In his budget speech, Jaitley had announced significant tax incentives for these products and the same have been incorporated in the new norms, which are expected to come into force in a month or two after necessary notifications.

However, small investors would have to wait for some time before they are allowed to invest in these new products, as minimum investment amount for REITs has been fixed at Rs 2 lakh and at Rs 10 lakh for InvITs for now, given the complex nature and potential risks associated with them.

The industry and experts welcomed the guidelines and said it would help attract investments to the tune of USD 15-20 billion (over Rs one lakh crore) through such trusts, from foreign as well as domestic investors.

The REITs alone can attract $8-10 billion worth funds.

Talking to reporters after the board meeting, Sebi Chairman U K Sinha said that these trusts would help in the progress of the real estate and infrastructure sectors.

The government feels that these new investment avenues would reduce the pressure on the banking system while also making available fresh equity in form of long-term finance from foreign and domestic sources including the NRIs.

The Sebi board also cleared a proposal for putting in place a simplified procedure for a one-time registration of brokers to help them trade on different bourses with one single approval from the regulator.

In his first interaction with Sebi's board after assuming charge as Finance Minister in May, Jaitley also asked the regulator to be vigilant about possible violations in the marketplace and suggested more measures to attract retail investors and address their grievances.

Through InvITs, the government is aiming to create a new avenue for raising funds to meet infrastructure investment requirements to the tune of Rs 65 lakh crore for the 12th Five Year Plan (2012-17).

The new norms would enable listing and trading of REITs and InvITs as any other security on the stock exchange platforms and also help create new platforms for raising of funds by real estate and infrastructure companies, respectively.

Despite significant tax benefits for the sponsors of these business trusts, these new regulations would also be "revenue accretive" for the government in form of taxes.

Certain changes or amendments and additional guidelines would be required by the government and other regulators for development of REITs and InvITs in India.

These include allowing foreign investment into the units of REITs and InvITs at the time of IPO and for acquisition from secondary markets, and for allowing insurance companies, pension funds and provident funds to invest.

Infrastructure and construction sectors have a significant role in the economy and the government feels that growth in these sectors is necessary to revive the economy and generate jobs.

Along with foreign investors, domestic institutions like insurers, pension funds and provident funds would also be allowed to invest in these trusts.