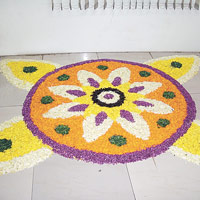 08 November, 2014
Print this article Font size -16+
With onam heralding the start of the festive season, all eyes are on that sweet ad spot. Will it be a bumper season for advertising?  Will we see a dhamaka of new ads?

Even as projections show that this festive season will see a big spike in advertising, C.V.L. Srinivas, CEO, GroupM South Asia, tones down the hype, pointing to the de-seasonalisation of campaigns. “Gone are the days when summers meant cooler ads and festive season meant durables and jewellery ads,” he says.  In many categories, it’s ‘always on’ advertising.  But interestingly, GroupM recently revised its overall industry ad expenditure (AdEx) estimate for 2014-15, projecting a growth of 12.5 per cent over the earlier forecast of 11.6 per cent. Srinivas, however, plays down the growth in the AdEx by pointing to the media rate inflation.  He says that while some sectors such as auto have bounced back, FMCG — which accounts for nearly 50 per cent of India’s AdEx —  is sluggish, facing pressures of input costs. “We are facing some headwinds there. And the tailwinds from e-commerce and financial services are not enough to balance it out as these sectors’ contribution to total AdEx is still small,” he says. In sum, the festive season will be far sweeter than last year, but there are going to be other sweet spots too.