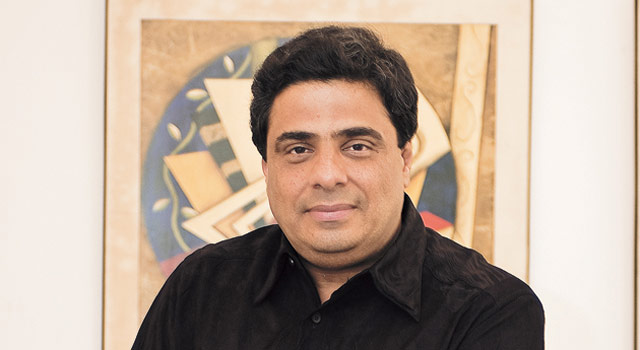 07 April, 2015
Print this article Font size -16+
Adding to the flurry of new digital media ventures, B. Saikumar, former Group CEO of Network18 and Ronnie Screwvala, former promoter of UTV Software Communications, have joined hands to launch a digital media joint venture company. With the ink barely dry on the deal, a press release from the two new entrepreneurs said the “venture aims at launching a digital brand that will offer multi-genre, multilingual content across video, audio, text and other traditional and new age art forms.”

The duo intend to invest Rs 150 crore, and this will be deployed in two phases – the first phase will focus on the domestic market, while the second phase will aim at “newer geographies and verticals”, the release said.

The new media venture will feature Saikumar as the Managing Director, while a former colleague and COO at Network 18, Ajay Chacko, has been roped in as Chief Executive Officer (CEO).

Significantly, in what appears to be a boom in digital media launches, the Saikumar-Ronnie Screwvala venture comes close on the heels of former Netowrk18 chairman Raghav Bahl releasing plans for a big digital news media launch. After have sold out his remaining stake in the Network18 group last year to a Reliance Industries Trust for close to Rs 750 crore, Bahl has now launched Quintillion Media. The company is targeting unveiling its first venture as a mobile news platform called The TheQuint.com by February this year.

Former features editor of Network 18 and wife of Raghav Bahl, Ritu Kapur, former Firstpost columnist Sanjit Oberoi, and Roshan Tamang, former VP, (Convergence) and news editor, Times Internet, are among those who are part of the new Bahl team.

Asked what the “Multi-genre” content would roll out as, Saikumar said it was barely 24-36 hours since the JV has inked. “We will define it as we go along,” he said. Right now the focus of the new company would be to look out for, and hire talent, he added.

Saikumar and Ronnie Screwvala are clearly putting their big bucks acquired from selling and monetising traditional media into the digital future. The old world TV, radio and print, they feel have come of age and the way forward is digital. Echoing this perspective, the JV press release said: “Digital media across the world has surpassed traditional broadcast television, radio and print as the primary choice of consumers and marketers. With over 300 million internet users in India, and around 200 million of these using mobile, the market is slated to become the world’s third largest digital media market.”

Ronnie Screwvala, who along with his associates, raised close to Rs 2,000 crore from the sale of their remaining stake in UTV Software to Disney in 2011, has largely been investing in digital formats in recent months. He has invested Rs 60 crore picking up 35 percent in online eyewear retailer Lenskart, and 25 percent in the e-lingerie store Zimave.com. Screwvala has also steadily been investing in luxury farm production and social entrepreneurship in rural India. However, in a recent interview with BW, Screwvala said he was not going to be investing in media for some time, alluding to the non-compete arrangement he had reached with Disney. It is not known whether this new media venture will be stepping on Disney’s toes.

Saikumar, on the other hand, has donned the entrepreneur hat for the first time. As Group CEO of Network18, he helped the media company grow from a single channel to a Rs 2000 crore company. He also served on the boards of Viacom18, Indiacast, A&E18 and Bookmyshow.com among others. Prior to Network18, he had worked with the Times Group.
Tags assigned to this article:
web exclusives media and entertainment gurbir singh digital media ronnie screwvala othertop1 b saikumar