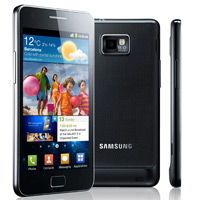 The brief announcement on 29 August at a Berlin electronics show comes amid expectations that smartphone makers may turn increasingly to Windows devices after a US jury decided many of Samsung's Google Android-based phones infringed Apple Inc patents.

"It looks like a good phone, and seems like a pre-emptive announcement ahead of Nokia," said Sid Parakh, an analyst at investment firm McAdams Wright Ragen, of the Samsung phone.

"Microsoft or Windows never got their best teams, never got their best designs, just because Android was doing so well. With the change in the legal environment, there's a case to be made that Samsung will likely shift some of those resources to broaden out or diversify their own exposure."

Nokia, the ailing Finnish mobile firm, once the world's leading producer of phones but now struggling to reverse losses, is due to unveil its new Lumia line of smartphones using Windows Phone 8 in New York on September 5.

Samsung's new phone called ATIV S -- tacked onto the end of a long news conference in Berlin that focused on other products -- may elevate expectations for the Lumia. Samsung's ATIV S Windows phone sports a high-end 4.8-inch display, Corning "Gorilla" glass, and an 8-megapixel rear camera and 1.9-megapixel front-facing camera, Microsoft posted on its official blog on Wednesday.

"Expectations for a 40 megapixel or possibly 20 megapixel camera model are running high. If Nokia does not unveil a monster camera handset next week, many will be disappointed," said Tero Kuittinen, analyst at mobile analytics firm Alekstra.

But "this leaves Nokia plenty of room to draw a clear contrast with its upcoming announcement."

Samsung's Windows-based smartphone, introduced on 29 August, marks the first in a "big lineup of new hardware" from the South Korean company based on Microsoft's software, Microsoft executive Ben Rudolph said in a blog posting.

Analysts say the introduction of Samsung's Windows phone may be designed to assuage concerns that Microsoft will favuor Nokia, whose Chief Executive Stephen Elop -- himself a former senior Microsoft executive -- has staked its future on the Windows platform.

"The fact Samsung was allowed to be the first to announce is Microsoft's backhanded way of letting other vendors know that Nokia is not getting special treatment," Current Analysis analyst Avi Greengart said.

But Jack Gold, an independent mobile consultant who runs J Gold Associates, argued Samsung had signalled its commitment to Windows for a while, but Nokia will remain the primary driver of the new breed of Microsoft-powered devices.