Sales Is Vanity, Profit Is Sanity, Cash Is Reality 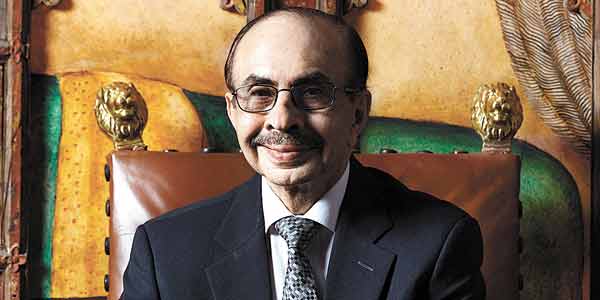 08 November, 2014
Print this article Font size -16+
Godrej Consumer Products (GCPL) ended fiscal 2010 (after consolidating three firms) with a Rs 1,600 crore turnover. In fiscal 2013, going by the trend for the first nine months, it is likely to close at Rs 6,500 crore — a fourfold increase in three years. Far ahead of its peer Hindustan Unilever, which has grown 65 per cent since 2008. Acquisitions in Africa and Latin America have contributed majorly (24 per cent) to this growth, though on a higher base, and organic growth itself has more than doubled GCPL’s topline through strategies such as targeting three geographies (Asia, Afri­ca and South America) in three product areas (hair care, household and personal wash products). Adi Godrej, chairman of GCPL, talks about how this was achieved. Excerpts:

You would have seen several cycles. Where do you rate this one?
We had a similar downturn in 2008-09. But for many years prior to that, the growth rate was quite good. Of course, we had permanent down cycles before the 1991 re­­­­­­­­forms. In the past few years, we have seen been the lowest of growth rates. Now that the reform process has begun, we should be coming out of it soon. The most important reform for getting us back to an 8-9 per cent growth rate is the Goods and Services Tax. Once that is in place, it will add about 2 percentage points to the growth rate. Then there will be a lot of win-win virtual cycle creations with other reforms.

What is a leader’s natural instinct during a slowdown?
A leader should not depend on macro­economic factors for success. These factors, when doing well, can help growth, but growth is a competitive phenomenon. If one is competitive, the potential for growth — even if the macroeconomic situation is not the greatest — is feasible. Especially if you are in a business where you don’t have a dominant market share. There must be a mindset of continuous improvement. How could we do better? For example, even if GDP growth has slowed down and that has affected the industry, one has to see how one can increase market share. If one can cut costs, improve processes, have innovations, that can improve market share and grow.

How did you deal with shrinking margins in such times?
We have one saying in our organisation: “Sales is vanity, profit is sanity and cash is reality”. We don’t like topline growth without bottom line growth. If you want to sacrifice your bottom line, you can grow quite a lot. You can advertise quite a lot. You can cut prices. That doesn’t mean investment in growth is a bad idea. Sometimes, you may sacrifice part of your profit for bigger advertising, so long as that growth is permanent. One does take such calls from time to time. But we look at long-term profit growth as the ultimate criterion.

What’s the reason behind your fast growth during the downturn?
GCPL is quite unusual in that we work on negative working capital in India. When we supply to our distributor, we get paid in cash, and we get credit from our suppliers. That means even our capital expenditure can be funded through increasing nega­tive working capital. About four years ago, we did a study of how we can leverage this for rapid growth. It indicated acquisitions in the developing world (Asia, Africa, South America and India) would help us grow well. And we could generate the capex through negative working capital. So we made several acquisitions over the past few years. Now, about 40 per cent of our sales comes from abroad. Four years ago, it was less than 15 per cent. So our growth has both been organic and inorganic.

How did you cross-fertilise knowledge from global operations across the group?
We have transferred a lot of products, business processes and technology across borders. For example, we are leaders in the hair colour business in 12 African countries. We acquired a firm in South Africa. It had no low-cost powder hair colour technology, which we took from here. Our South American acquisition is a leader in Argentina. It is the world’s largest manufacturer of creme hair colourants in sachets. We brought the technology to India. Then, we were leaders in air-fresheners in Indonesia. We brought that here as Godrej Aer. So there is a lot of cross-pollination.

Did you invest in new brands during the slowdown too?
We invest in brands more heavily during slowdowns. We work on the model that if we increase ad spends by, say, $5 million, we must get $5 million of additional contribution from higher sales. It should pay for itself. Usually it does. Plus, it has more long-term benefits. Our ad expenditure grew 30 per cent year on year, but while there is a slowdown, for FMCG (fast-moving consumer goods), there is no slowdown. In India, the slowdown has mainly hit those businesses where government interaction is high — mining, infrastructure and real estate.

What was the logic behind taking hair care, household and personal wash products to Africa and Latin America?
We have a leadership position in hair colour and household insecticides. We are No. 2 in personal washes in India. Our technological business process and product strengths could be leveraged in other countries. We didn’t want small acquisitions. We targeted those that have scale and size. Today, in countries such as Indonesia, the UK, South Africa, Argentina, Uruguay and Chile, we have higher per capita sales than in India.

How do you plan to carry this forward?
Our objective is to grow 10 times in 10 years. We call it 10x10. That’s a compound annual growth rate of 26 per cent. This means we have to double every three years.In 20 years, we are supposed to grow 100 times. We can have organic growth of 15-20 per cent per annum. We think we can mai­ntain organic growth. The rest will come from acquisitions. We will (also) get into new categories, but not necessarily organically... If we get an opportunity to buy a brand that is No. 2 or No. 3, we can look at that... GCPL will not get into the food business.

What were your slowdown strategies?
We had to ensure that our growth rate kept accelerating. So we looked at innovation and cost cuts. An advantage we had was that the slowdown happened about the time Godrej Sara Lee merged to GCPL. There were a lot of opportunities for cost savings and efficiency building. The aim was to cut Rs 250 crore in annual expenditure through mergers. We merged the distribution systems, which became more efficient.

One business was strong in the south, another in the north. One was strong among chemists, the other in rural areas. So we leveraged that. We also merged various departments. The cost savings were completely invested in advertising and marketing. Our stock price has gone up 80-odd per cent in the past 12 months.

Who handles investment cycles very well?
I am an admirer of Warren Buffett. He has selected good businesses and helped them grow. I admired Jack Welch when he was the chairman of GE. I admire Margaret Thatcher, who changed the perception of British business from being socialistic to being competitive and free enterprise. I admire Manmohan Singh for what he did in 1991 and later, though slowly. When somebody came in the way of growth, he pushed them aside. He should have done it earlier.

How have you changed strategies mid-course during these 3-4 years?
We don’t revise goals, even in a slowdown; but we do revise how we will get to them based on circumstances. Partly, we look at the change in macroeconomy and adapt. Second, we look at competitors. For example, there may be a competitor who may be distracted by something it does. How do we leverage that? There might be a multinational that might have issues in other geographies. How will that affect their business here, and how can we leverage that?

Is e-tailing a good vehicle to sell FMCG?
In India, it’s very low for FMCG. It’s low even in western countries. For products like clothing, it has an impact, but not in FMCG.

Does modern retail help?
Modern retail is good for upmarket products. It allows concentrated display and demonstration. For run-of-the-mill products, it does not help much. Overall, we welcome all kinds of retailing formats because the more retailing there is, the better it is for FMCG products.