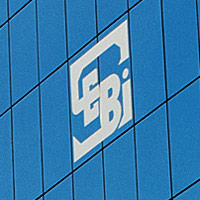 14 January, 2015
Print this article Font size -16+
The Securities and Exchange Board of India (SEBI) on Monday recommended restrictions on accessing equity and debt markets for so-called "wilful defaulters", as it steps up efforts to tackle the bad loans that are hampering state-run banks.
Under law wilful defaulters are classified as companies or individuals who deliberately thwart repayment of dues to lenders.
SEBI proposed that companies in which a promoter, director or subsidiary is declared a wilful defaulter not be allowed to issue equity, debt securities, or non-convertible redeemable preference shares.
However, SEBI said wilful defaulters would be allowed to raise money through private placements to institutional investors.
The regulator also proposed that wilful defaulters not be allowed to make an offer to take over a listed company in India, but added that they will be allowed to make a counter-offer in case they are the target of a hostile takeover.
The proposals come as part of a concerted effort by Indian policymakers to tackle the bad loans that are hurting profitability at state-run lenders, where stressed loans account for 12.9 percent of loans compared with 4.4 percent at private sector lenders, according to central bank data.
In November, Reserve Bank of India (RBI) Governor Raghuram Rajan described wilful defaulters as "freeloaders" who needed to be chastised for not honouring their debt commitments.
The RBI last year also passed tougher rules on wilful defaulters, including making companies that guarantee loan obligations of their units responsible if the subsidiary is declared a wilful defaulter.
The RBI is in charge of banking supervision, while SEBI looks after securities markets.
"RBI has tightened the banking channel for fund raising and SEBI is clamping down on the capital market route: These will act as deterrents to future wilful defaults by companies," said Shriram Subramanian, managing director of proxy advisory firm InGovern.
The proposed SEBI regulations are in the drafting stage, and the regulator called for public comments by Jan. 23.
(Reuters)
Tags assigned to this article:
news 3 rbi finance sebi raghuram rajan wilful defaulter