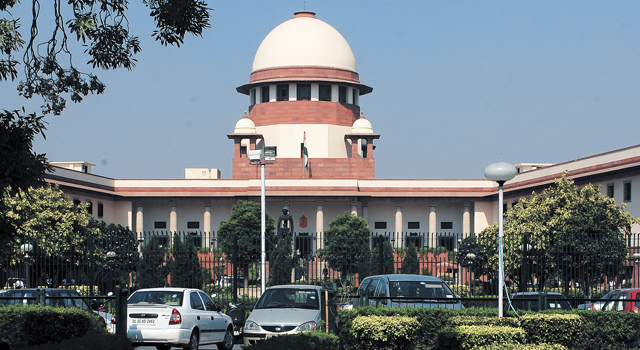 16 June, 2015
Print this article Font size -16+
Over 6.3 lakh students will have to take fresh test as the Supreme Court on Monday (15 June) scrapped the All India Pre-Medical Test (AIPMT) 2015 and ordered re-conduct of the examination within four weeks.
A vacation bench of justices R K Agrawal and Amitava Roy directed the institutions involved in conduct of the examination to render assistance to Central Board of Secondary Education (CBSE) in this endeavour within the stipulated period decided by it.
"Petitions are allowed. CBSE to hold AIPMT 2015 exam within four weeks," the bench said in its verdict.
The apex court directed the re-examination in view of large-scale cheating in the test with students getting answers in the examination hall at many places.
The court had reserved its order on June 12 on petitions seeking re-conduct of AIPMT 2015 for alleged large-scale irregularities in the exam which was held on May 3, saying the examination stands vitiated even if one student is being benefited illegally.
It had said that CBSE could not be held guilty as such but taking into consideration the past incidents, "CBSE ought to have been cognisant of these things".
CBSE, represented by Solicitor General Ranjit Kumar, had opposed the contentions seeking cancellation of the test, saying, "6.3 lakh students cannot be made to take the exam afresh when only 44 students have been found involved in taking benefits through unfair means."
Earlier, the vacation bench had asked Haryana Police to file a fresh report indicating the number of beneficiaries of the alleged irregularities in the pre-medical examination.
It had also asked police to identify as many candidates as possible who had been benefited from the alleged leak.
CBSE was to declare the results of AIPMT, taken by over six lakh students, on June 5.
The court had said, "The bigger issue is that the sanctity of the examination is under suspicion. We want to be doubly sure that there is no alternative but to order re-conduct of the exam," adding that it did not want to take a decision "in haste".
(PTI)
Tags assigned to this article:
supreme court news 8 cbse all india pre-medical test aipmt 2015