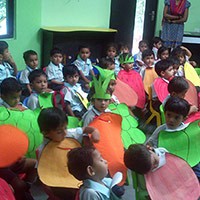 08 November, 2014
Print this article Font size -16+
In a major relief to parents, the Supreme Court On Wednesday (7 May) cleared the decks for nursery admissions in the capital and asked the government to accommodate 24 students under the inter-state transfer category whose parents approached it.

A bench headed by Justice H L Dattu quashed the Delhi government notification issued on February 27 by which it had scrapped the inter-state transfer (IST) category, but made it clear that only 24 students who approached it will be getting admission under that bracket.

It upheld the government's earlier notification issued on 18 December, last year by which it had allotted five points to the IST category.

The five-month-old legal impasse came to an end with today's verdict and schools in the city can now go ahead with the admission process.

The apex court passed the order on a petition filed by those parents who had come to Delhi from other places in the country and had sought admission under the IST category which was deleted during the admission process by the Delhi government owing to its abuse on a largescale.