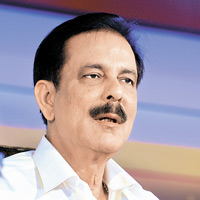 08 November, 2014
Print this article Font size -16+
It’s Black Friday for the Sahara conglomerate, but a good one for millions of small investors. On Friday, 31 August, the Supreme Court ordered two Sahara group companies — Sahara India Real Estate Corporation and Sahara Housing Investment Corporation — to refund Rs 17,700 crore (about $3 billion) they had raised from about 23 million small investors. The companies should deposit the money with the Securities and Exchange Board of India (Sebi) within three months with 15 per cent interest. Sebi will pass the money on to the investors. Last year, Sebi had ordered the Subrata Roy-helmed companies to refund the money to investors, after it found that their fund-raising process did not comply with the laws of the land. Sahara approached an appellate tribunal, which upheld the Sebi order; then the case landed in the apex court.
Windfall Sector
Between 2009-10 and the first quarter of 2012-13, telecom operators gave the government Rs 28,837.28 crore in
licence fees. Among the biggest contributors are Bharti Airtel (Rs 8,182.63 crore), Vodafone (Rs 5,572.31 crore), and Idea Cellular (Rs 2,800.17 crore). While state-run BSNL paid Rs 4,504.32 crore, MTNL paid Rs 988.07 crore. That’s some good news, at last.
Bharat Pips India
It’s finally happening. The growth of consumption in rural India is more than that of urban India. In the 2009-10 to 2011-12 period, the per capita monthly consumption in rural India grew 19 per cent, while it was 17 per cent in urban India. In absolute numbers, this was Rs 3,75,000 crore and Rs 2,99,400 crore, respectively. The reason: rise in incomes and a better employment scenario in rural India.
The Coal Effect
No coal, no investment. That’s the line power giant NTPC seems to be taking. Citing the uncertainty surrounding coal availability, NTPC is mulling slashing its investment plan by about Rs 50,000 crore. It had planned to invest over Rs 2 lakh crore during the five-year period ending 2017.
Big Deal
Telecom giant BT on Thursday sold 14.1 per cent —17.9 million shares — in Tech Mahindra to institutional investors for Rs 1,395 crore at Rs 777.73 per share. More such deals are in the works, the company said.
Damage Control
The retrospective tax proposals in this year’s budget have dented investor confidence, a parliamentary panel headed by BJP leader Yashwant Sinha has said. The panel has urged the Centre to take steps to revive growth, raise resources through disinvestment and target subsidies better to reduce fiscal deficit.
Restructuring Route
Corporate debt restructuring is set to soar, says rating agency Crisil. With companies having large debt facing serious funding challenges, debt restructuring could touch Rs 3.25 lakh crore this fiscal, up from the earlier estimate of Rs 2 lakh crore. A chunk of the restructuring will be of loans to state power utilities, and construction and infrastructure companies.
Gaining Control
Tata Steel has raised its stake in Tata Sponge Iron from 39.74 per cent to 51 per cent; the company bought 1.73 million shares through a voluntary open offer at Rs 375 per share. Total public shareholding in Tata Sponge Iron now stands at 45.50 per cent.
Perks Pruned
Employees of loss-making Air India will not be getting performance-linked allowance with effect from their July salary. The allowance will not be given unless and until the airline turns profitable, the civil aviation ministry said. This move could bring down the airline’s Rs 3,700-crore annual wage burden by about Rs 250 crore.
Smart Shift
Landline phones in offices might soon be a thing of the past, says a survey of senior IT executives. Sixty-five per cent of CIOs said that the desk telephone is likely to become redundant with the growth of smartphones, according to the Virgin Media Business Survey.