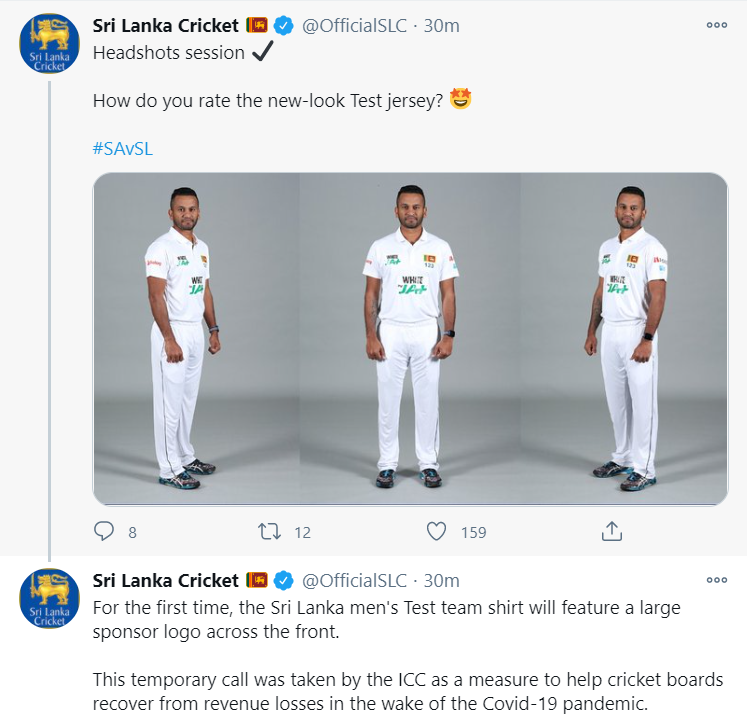 "For the first time, the Sri Lanka men's Test team shirt will feature a large sponsor logo across the front. This temporary call was taken by the ICC as a measure to help cricket boards recover from revenue losses in the wake of the Covid-19 pandemic," SLC tweeted.
Sri Lanka will play two-match Test series against Proteas slated to begin from December 26.
Earlier in the month, the three-match ODI series between England and South Africa was postponed after some positive COVID-19 cases were reported.
After the conclusion of the South Africa tour, Sri Lanka will host England in a two-match Test series.
Earlier in the day, Marais Erasmus and Adrian Holdstock were appointed as the on-field umpires by the International Cricket Council (ICC) for the Test series between South Africa and Sri Lanka.
The first Test between Sri Lanka and South Africa will be played from December 26 in Centurion while the second match is scheduled to begin on January 3 in Johannesburg. (ANI)