Rupee Down 23 Paise Against Dollar In Early Trade 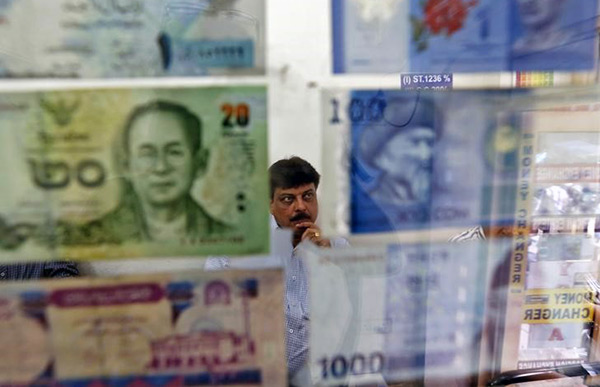 08 November, 2014
Print this article Font size -16+
The rupee weakened by 23 paise to 60.83 against the US currency in early trade on Wednesday at the Interbank Foreign Exchange market due to dollar's gains against other currencies overseas.
Forex dealers said besides strengthening of dollar, increased demand for the American unit from importers and a weak opening in the domestic equity market put pressure on the rupee.
The domestic currency had lost 31 paise, its biggest daily loss in over a month, to close at 60.60 against the US dollar in Tuesday's trade on concerns US interest rates may rise sooner than investors had anticipated.
Meanwhile, the benchmark BSE Sensex fell 130.78 points, or 0.48 per cent, to 27,134.54 in early trade.
(PTI)
Tags assigned to this article:
news 6 markets forex currencies