Rupee Down 15 Paise Against Dollar In Early Trade 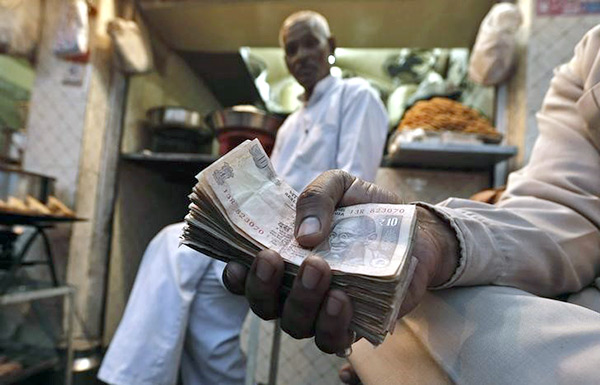 08 November, 2014
Print this article Font size -16+
The rupee lost 15 paise to 61.56 against the US dollar in early trade on Thursday (16 October) at the Interbank Foreign Exchange due to increased demand for the US currency from importers amidst capital outflows.

Forex dealers attributed the rupee's fall to increased demand for the dollar from importers and a lower opening in the domestic equity market that put pressure on the rupee but the euro's strength against the US currency capped the fall to some extent.

The rupee had depreciated by 31 paise to close at one-week low of 61.41 against the US currency in the previous session on Tuesday on fresh dollar demand from banks and importers.

The forex market remained closed yesterday on account of Assembly polls in Maharashtra.