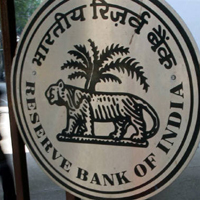 08 November, 2014
Print this article Font size -16+
The RBI's effort to support the rupee by sucking liquidity from the market through a $2 billion bond sale fell short on 18 July' 2013 as it accepted just over one-fifth of the bids, adding pressure on it to find other ways to mop up rupees.
The open market operation was part of the Reserve Bank of India's three-pronged plan unveiled late on Monday to prop up a rupee that has lost about 10 per cent against the dollar since the start of May.
But the other steps, including hiking short-term rates by 200 basis points, sent bond yields surging, creating a mismatch in pricing demands. In Thursday's open market operation (OMO), the RBI accepted bids for just 25.32 billion rupees.
"This does complicate the RBI's task of managing rupee through the liquidity channel," said Rohit Arora, emerging market rate strategist at Barclays Capital in Singapore.
"We expect it to continue doing more OMO sales in the near term. The other option to stabilize the rupee for the government is to issue an offshore bond," he said.
Whatever measures the central bank takes are liable to be little more than short-term fixes, as the rupee's weakness stems from a record high current account deficit.
The currency's vulnerability was laid bare by the sea-change in global capital flows following speculation that the US Federal Reserve would begin to wind down its money-printing stimulus programme later this year, which convinced investors to pull money out of riskier assets.
While trying to conserve its currency reserves, equivalent to just seven months of imports, the RBI has sought to limit avenues for speculation against the currency, to buy time for Prime Minister Manmohan Singh's government to come up with measures to reduce the external deficits.
A relaxation of rules for foreign direct investment announced on Tuesday for several industries, including telecommmunications, failed to give big boost to sentiment.
Besides further OMOs, the RBI could try to pressure New Delhi to bite the bullet and accept less-favourable pricing at its bond sales in order to drain liquidity. The next such sale is due Friday. On Wednesday, the RBI rejected all bids in a $2 billion Treasury bill auction on the government's behalf.
India is also contemplating a sovereign bond issue in order to attract inflows and prop up the rupee. An increase in the RBI's policy repo rate at its July 30 review, once unthinkable, has also become an outside prospect, as has an increase in the cash reserve ratio for banks.
"The RBI's rejection of bids at the OMO and the treasury bill auction suggests it does not want yields to rise too much, but only wants to drain liquidity. The only option before it now looks like an at least 50 bps CRR hike on July 30," said Baljinder Singh, a bond dealer with Andhra Bank.
The rupee, meanwhile, weakened further on Thursday and is close to losing all of the gains made since the central bank's bold and unexpected measures on Monday, which rattled markets and led some economists to cut their growth forecasts for Asia's third-largest economy.
The currency ended at 59.67/68 to the dollar, from a previous close of 59.34/35. It hit an all-time low of 61.21 on July 8 as investors fret about the current account deficit and a lack of structural reforms in an economy growing at a decade low of 5 per cent.
Government bond yields eased on Thursday after the RBI's bond sale, with the benchmark 10-year bond yield dropping 6 basis points on the day to 7.99 per cent. Yields are still up 44 basis points from before Monday night's measures.
The hike in short-term interest has virtually shut the market in commercial bonds and short-term bonds used through which companies and banks raise short-term funds.
Foreign investors sold more than $200 million in Indian debt and stocks on Tuesday and Wednesday. Indian stocks gained about 1 per cent on Thursday.