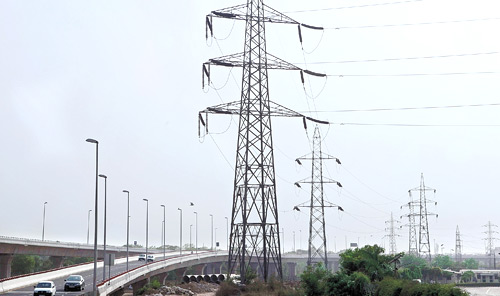 Getting adequate coal supply is critical for power generation because over half of India's 182 GW (182,000 MW) power generation capacity is coal-based. To cover up the shortfall in supply, many private power utilities have invested in acquiring coal assets in Australia, Indonesia and South Africa. Over the past couple of years, domestic power companies have invested over $8 billion in acquiring coal assets. However, blending imported and domestic coal raises the cost per unit to Rs 4 as opposed to just Rs 2.50 per unit in case of domestic coal alone.

J. Suresh Kumar, chief financial officer, Lanco Infratech, says, "SEBs are aware that input costs are rising. That is why we are seeking an increase in tariffs." He adds that over the next 3-4 years, coal supply for power plants will  continue to be an issue.

The problem is not restricted just to the higher price of imported coal. As India seeks to tie-up with the coal assets abroad, countries are imposing restrictions on its exports. Recently, Indonesia has said it would not allow exporting companies to sell coal at prices below notified rates. Earlier, there were no restrictions by the Indonesian government on coal pricing. Australia, too, has issued a draft mining law to impose tax on coal and iron ore projects from next year. Says Anil Sardana, CEO, Tata Power, "For projects based on imported coal, we are exploring alternatives to salvage this situation. We believe blending of coal can control the price to some extent. Therefore, we are sourcing low-grade coal from Indonesia, Africa and other existing mines and will do trial runs to find if they would be capable of reducing the cost of power for our ultra mega power plants."

Even if imported coal is available, there is no running away from the fact that fuel prices — be it coal or gas — are only going to rise. That will, in turn, lead to an increase in power generation costs. Currently, the power payment issues are largely restricted to five states. "We are experiencing delays in payment from Tamil Nadu and Uttar Pradesh. Andhra Pradesh and Karnataka are paying up," says Kumar. Here too, while earlier the states paid up within a fortnight to claim early payment discounts, now they seek a month-long credit period to make payments. For utility companies, while input costs are rising, margins are on the decline.

Distribution Reforms
The acute payment crisis has prompted banks and financial institutions to stop disbursing credit to the state electricity boards. Sambitosh Mahapatra, executive director, PricewaterhouseCoopers says, "We are heading towards a crisis quite similar to what happened in 2001. Now the need is to extend distribution reforms to other states." In 2001-02, the Central government had bailed out state electricity boards after they defaulted on payments to NTPC and NHPC. Mahapatra points out that after distribution reforms in Delhi, aggregate technical and commercial (ATC) losses fell sharply from 60 per cent in 2002 to 17 per cent now. Once distribution losses come down, much of the problems of discoms will come down.

Need To Hike Tariffs
The answer to the crisis is quite simple. There is no choice but for power companies to hike tariffs. If need be, there should be a mandated annual hike in tariffs. However, as power is a concurrent subject, each state will have to take its own decision. It is unlikely that there will be consensus. But for the power distribution companies to survive, tariff hikes would be imperative. There are simply no short cuts here. Despite the current situation, the power sector is quite confident that all contentious issues will be sorted out by December. That could be quite a relief to the government, the power sector  and the investors alike.