Ricoh Theta: For A Wider View 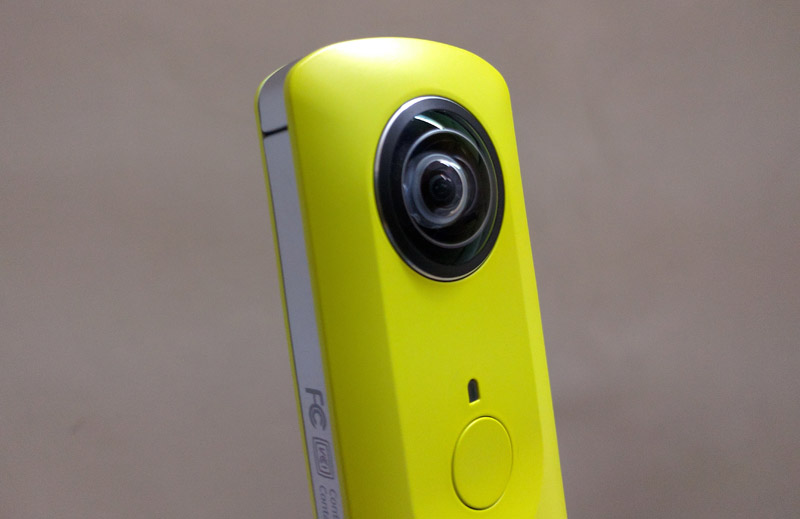 17 November, 2015
Print this article Font size -16+
All major camera makers have been competing to get the best picture quality and heavy pixel count ever since the camera went fully digital. But Ricoh has taken a different approach altogether with its slender looking Theta camera. The chocolate bar shaped camera can shoot spherical panorama pictures with just a click of a button. Using two fish eye lenses on either sides, it instantly stitches two panorama pictures to create a magnificent looking spherical photograph.
The design is very simple yet elegant. As mentioned earlier, there are two ultra-wide lenses on each side and a simple button in the middle to take the picture. One of the edges has two round metal buttons to switch the camera on or off and to turn on the inbuilt Wi-Fi for transferring or viewing images. At the bottom there is a microUSB port for charging the camera and to transfer pictures onto a PC. There’s also a standard tripod screw mount so one can easily mount it anywhere. It comes quite handy when you want to take a time-lapse. 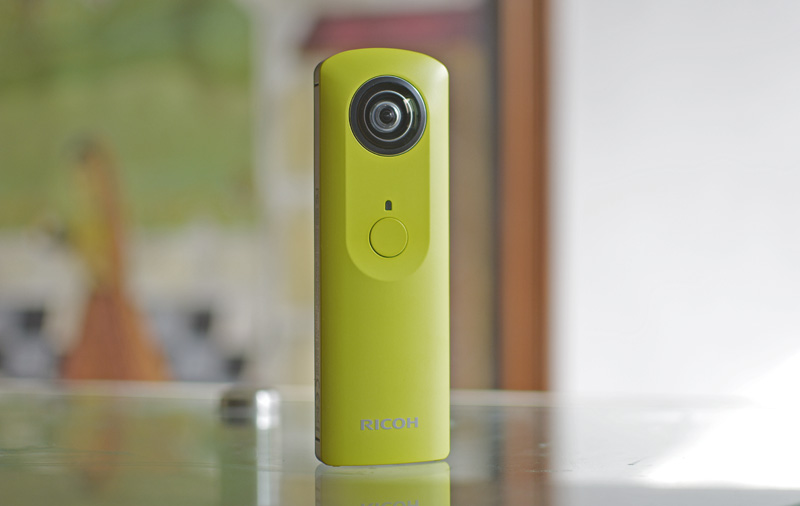 There are a bunch of fish eye cameras out there but the Theta is quite unique and fun. Both the lenses take pictures of the front and back at the same time and then the camera combines them to produce a single picture. They protrude out of the main body of the camera and are prone to getting scratches or even minor cracks, so one needs to be a little careful. The saved images are stored on the 4GB of inbuilt memory which can be viewed or copied through the Theta app on your Android or iOS device by connecting the camera via Wi-Fi direct. The image that the camera takes covers everything around you, left to right and top to bottom quite similar to Google’s Photo Sphere. You will even be able to see a bit of your hand holding the camera, yup the lenses are that wide. The pictures look impressive due the sheer wide coverage. However upon noticing the pictures closely, you’ll find that the quality is just average. The pictures aren’t very sharp and sometimes the exposure and colours don’t turn out very good. The final output is a 6.4MP picture which doesn’t sound that bad, but pictures taken indoors or in low light suffer from high amount of noise. 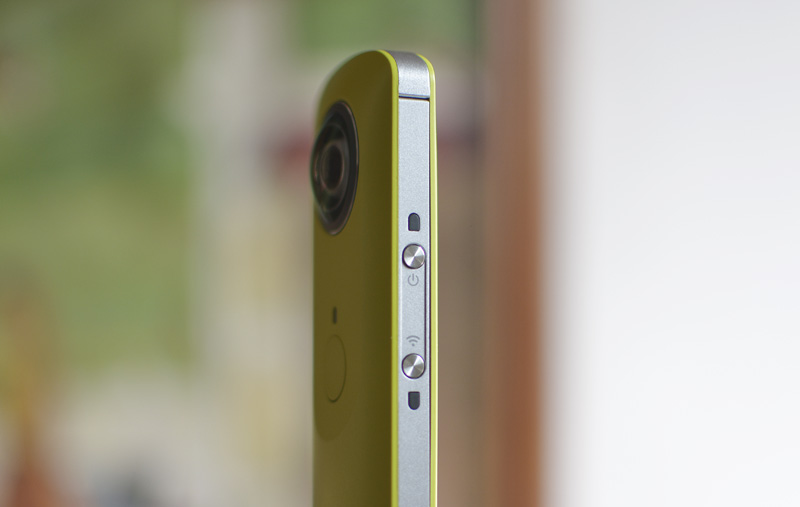 The main control is done through the Theta app which is simple to use and lets you take pictures from your smartphone remotely, which is advisable if you want a more natural looking shot rather than 360-degree selfie. You also set intervals through the app to take a set of time-lapse photos and apart from that you also need the app to view pictures saved on the camera or copy them to your smartphone. Sadly there is not live view option on the app which makes composition a bit irrelevant since it captures every single thing around it, but of course the placement of the camera is all that matters. Since a lot of platforms don’t directly support 360-degree pictures, you get flattened panoramas which are basically two long 180-degree shots stitched together. But you can share proper spherical images from the device to Ricoh's dedicated theta360.com website to Facebook and Twitter. The camera can’t shoot videos either which is a big bummer as videos in a 360-degree view would’ve been just brilliant. 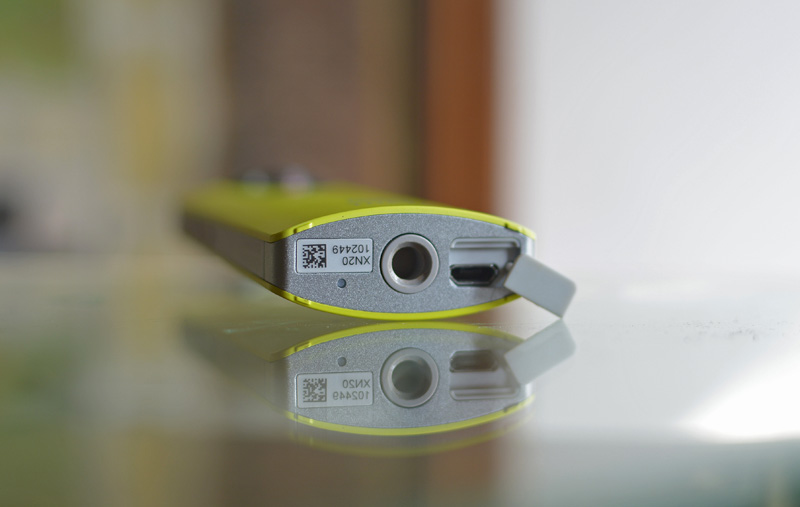 The Ricoh Theta brings a new perspective to your photography, but it comes at a high cost. The Theta is priced at Rs. 34,770 but is currently available for about Rs. 29,900 which is still a lot to ask for a camera that can only shoot spherical pictures. Maybe a bunch of more features would have justified the price, but if you want to have some photography fun and don’t have budget constraints, the Theta is fun gadget to own.
Tags assigned to this article:
Ricoh Theta Review Ricoh Theta ricoh 360 degree camera Spherical Camera Panorama photography Fish-eye.Ultra wide