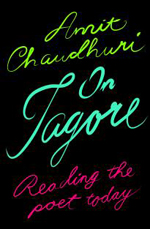 The next essay solves the puzzles surrounding what inspired Tagore to be close to nature and verses so keenly? In his formative stages, especially around the time he composed the Bhanusingher Padabali, the music of medieval Bengali poet Chandidas and Maithili-Bengali poet Vidyapati charmed him immensely. But it's also equally true that Tagore lived and observed modernism from close quarter and this way; his concern proliferated in diverse dimensions of life. Leading social historian In Ram Chandra Guha's view on Tagore, "If Tagore had merely been a ‘creative artist'; perhaps one would not have found him put to rank alongside those other builders of modern India", draws his unique persona in terms of the multiple efforts he had relentlessly made in his lifetime. Tagore's humbleness always exposed him as a creative artist in consistent effort contrasted him from his very early acceptance into a worldwide figure.

‘A Pact with Nature' was earlier published in The London Review of Books in 2006 and examines Tagore's leaning towards nature as a close part of his action whose impact is visible in his works of literature, art, institution making and as well as his life. This essay has a very wide canvass that sufficiently absorbs the thematic debates from oriental lingual emancipation to the profoundness of the Upanishads as a distinct source for knowing India's past. Also, this work focuses on the mystery about Tagore's decision to translate Gitanjali  into English, which he only used with a degree of insecurity in his own confession. Though Ezra Pound's slapping of "boomed by the pious non-conformist" for Tagore's Nobel Prize in literature was the height of enthusiasm and insecurity among the figures of literary London towards the arrival of a man outside of Occidental terrains. This essay is very relevant for understanding the cultural whims and fancies between the East and West, and lastly the synthesis compromised across different periods.

The fourth piece of the volume, 'Poetry As Polemic' was first written as the foreword for Harvard University Press and later for Vishva Bharati's Essential Tagore in 2011. Tagore's drive for experiment was relentless and many conclusions inundated through those painstaking actions were simply turned down by the poet himself as transitory accomplishments. Hence, his works are hard to be seen only in bounded framework, rather they must be reckoned with consideration of a "larger interest", evident in Tagore's all work. Bengalis seldom admire both Satyajit Ray and Ritwik Ghatak at the same time but the influence of Tagore is common on both and they have cinematised it well in their immortal works. Ray adaptation of Tagore's novels such as Ghare Baire, and novella, Nashtanirh (Ray's Charulata) among others and celebrated worldwide, while Tagore's poetry influences a number of Ghatak's movies. Infact, he immortalised  Meghe Dhaka Tara (The Cloud Covered Star) through portraying amazing landscape and multi-vocal, performing entity actively indulge in the desire of existence at the end of cinema. That sense was drawn from Tagore which denies "landscape" only as serene, indifferent, permanent background to human endeavour. This essay is short, lucid and worth of calling essential reading on Tagore.

Tagore always enjoyed the intrinsic struggle of art very intimately and entwined those conflicts into different realms of life. Amit Chaudhuri's elaborates that "Tagore knew this, and it's from his intimacy with solitariness and secrecy that his extraordinary language and his transformative vision of the world emerged  — he often seems to make this solitary self an interlocutor, in a tone at once self-flagellating and accusatory; in India, Tagore is viewed as a sort of Guinness Book of World Record holder" The last essay of the book, ‘Nothing But A Poet', first published in The Hindustan Times, 2010, tries to deciphers the versatility of this unparalleled man.

Legacy Of Thought
We Indians seem to have a masterly command in forgetting our own traditions and being part of them. Tagore's criticism also suffered similar flaws both at home and abroad. Amit Chaudhuri's voices the concern that, "from Vidyapati (great Maithili poet of14th century AD, of whose songs Tagore once composed a pastiche) to Tagore, there's an immense movement; but of what kind?" This brilliantly covers the historical series of negligence towards the discipline of literature.

At this eventful juncture of modernity, India needs to look back towards its own thinkers rather than surmising on absentee philosophers from different geographies of the world. The time is ripe for taking Tagore's vision in completeness and expelling all virulent perceptual divisions. These five essays stand to make a huge difference in high standard debates on Tagore. As always, Amit Chaudhuri's contribution in literature is path breaking and challenges the occupied territory of (many) stubborn self styled experts.