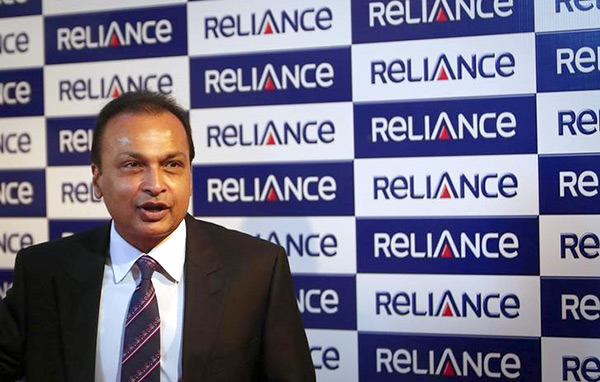 02 December, 2014
Print this article Font size -16+
Two prominent Indian business houses have received the Nepal government's approval to invest 144 billion Nepalese rupees for setting up cement and hydropower projects in the country.
The Nepal Investment Board (NIB), headed by Prime Minister Sushil Koirala, has cleared the decks for Anil Ambani-led Reliance Group for an investment of 40 billion Nepalese rupees ($400 million) in southern Nepal.
The NIB has approved the Indian company's proposal for setting up the multi-billion dollar project in Nepal, according to a statement by the board.
The Reliance Group will soon conduct the study for constructing the plant in central or eastern Terai region of the southern plain.
Similarly, the board has also approved the Project Development Agreement for the construction of 900-MW Arun Third Project being developed by Satluj Jal Vidyut Nigam Limited (SJVN), India.
As per the draft agreement, Nepal will receive 21.9 per cent or 197 MW of electricity free of cost from the project, besides revenue and other facilities.
The Indian company will invest 104 billion Nepal rupees on the project.
Besides, Nepal will get a total economic benefit of $3.5 billion which includes royalty fees, tax and free power from the implementation of the period over the concessional period of 24 years.
The formal agreement for developing the project is likely to be signed during the 18th SAARC Summit in Kathmandu in presence of Prime Minister Narendra Modi.
(PTI)
Tags assigned to this article:
news 4 investment reliance adag power adag nepal sjvn nepal investment board