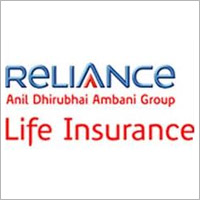 The company, part of Anil Ambani-led Reliance Group's financial services arm Reliance Capital, plans to hire 5,500 full-time advisors by September 2012 itself as part of its efforts to improve customer services.

The company is also focusing on hiring employees on fixed salary basis to lower the attrition rate.

"We are thinking to provide a minimum fixed salary to advisors, especially in semi-urban and rural areas, to retain the talent and provide better services," he said, after launching a post-sales customer support initiative by the company, which would be first for any Indian insurer.

Ghosh said that Reliance Life has already hired around 7,000 advisors in April and May and the company expects the number to cross 50,000 persons in the entire fiscal, ending March 31, 2012.

The industry is facing high attrition rate due to a host of reasons such as slow growth and increased regulation, he said.

More people left the organisation due to challenging environment and changes in regulations, Ghosh said, while adding that the the environment would continue to be challenging this fiscal.

"The life insurance industry is expected to have a moderate growth of 10 per cent in new business premium this fiscal. Growth and profitability would be driven by renewal premium from existing customers," Ghosh said.