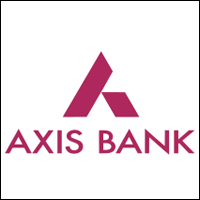 Bringing in management talent can be expensive. Getting people from the new private sector banks — one of the places banks going in for rebranding look for good senior people —  implies giving them salaries that old private sector bankers have never dreamed of. "Attracting successful talent from foreign banks, for example, comes at a high cost," says Naresh Makhijani, partner at consulting firm KPMG. And in many cases, the talent brought in to change the bank's image has exited, often abruptly. Former Development Credit Bank CEO Gauram Vir was one example; T.T. Jagannathan of Tamilnad Mercantile Bank also resigned recently. Departure of Amitabh Chaturvedi as head of Dhanlaxmi Bank grabbed headlines, jeopardising the bank's rebranding efforts.

Bang For The Buck?
Some analysts have estimated the cost of Dhanlaxmi Bank's rebranding exercise as being more than the profits of a quarter or two. But former bank officials see it as an investment. "There were little or no systems and processes that would be necessary to generate growth," says one, requesting anonymity. "There was almost no technology platform that is essential for expansion. The rebranding exercise brought that."

Vaibhav Agrawal, vice-president, research, at Angel Broking, a Mumbai-based securities firm, says, "The overall strategy did not pan out as planned. It hired too many people too quickly and the existing business was inadequate to absorb the high operating costs." The staff strength more than doubled as a result of the rebranding exercise. Now, the bank is talking about cutting costs.

Expansion as part of a rebranding exercise is complex; managing growth across credit cycles while preserving credit quality and profitability is hard. "Key business risks have to be considered and managed properly to minimise unexpected shocks," says Makhijani.

Says Sharda Agarwal, director of MarketGate Consulting, "To make rebranding successful, banks have to have, besides the right business model, a customer acquisition strategy. Apart from the cultural profile of customers in new markets, assessing the strength of other bank brands will be key to customer acquisition."

Rebrand, Expand Or...
Axis Bank, formerly UTI Bank, reaped huge benefits from its rebranding; Bank of Baroda and Union Bank of India are among other ‘stodgy' public sectors banks that underwent considerable change in customer perception after their respective rebranding exercises.

In the case of Dhanlaxmi Bank the timing seems to have gone wrong. The rebranding occurred in the aftermath of the global credit crisis, and that could have worried some of Dhanlaxmi's key depositors such as the Sabarimala temple board. Such aggression at a time when caution was warranted created doubts about the efficacy of such an exercise. The jury, however, is still out on Dhanlaxmi.

But can the old private sector banks still grow while sticking to their knitting? Former Reserve Bank of India (RBI) deputy governor and head of the RBI-sponsored Centre for Advanced Financial Research and Learning, Usha Thorat, thinks they can. Recently, she said that data shows that "as long as old private sector banks cater to their niche segments in their traditional areas, they have been able to survive and grow at a steady and healthy pace".

True,  many of them are growing at almost 30 per cent in business terms (credit plus deposits), but the business of new private sector banks is growing at over twice that rate. Some of them are good acquisition candidates too. For those who want to retain their identities, the choice is stark: rebrand, expand or die.