According to Counterpoint, realme's global smartphone shipments in 2020 accumulated more than 42.4 million units with a 65% growth rate, which made realme the only smartphone brand in the world to grow by more than 50%.

In line with the same, realme officially announced the "Dual-platform Dual-flagship" strategy. In the mid-to-high-end segment, realme will adopt both Qualcomm Snapdragon 8 series and MediaTek’s flagship Dimensity series 5G platform and release two flagship series. One will be focusing on the performance aspect, while the other will have a special focus on the camera technology respectively, thereby bringing a wide range of premium products to young users. The strategy of "Dual-platform Dual-flagship" will also lay out a new journey for realme in the coming days.

Madhav Sheth, Vice-President, realme, and CEO, realme India and Europe said, “I am confident that The Dual-platform Dual-flagship" strategy will help us achieve a significant share in the mid-to-high-end products segment as a part of our brand development. The realme GT is based on our ‘Dare to Leap’ spirit and is an indication of what realme has in place for its users this year. realme GT  represents our philosophy of forefront of innovation of technology, design and product value, which is something that young people can resonate with.”

GT series will become the flagship series with top performance in the realme smartphone portfolio under the "Dual-platform Dual-flagship" strategy. As the new performance flagship with Snapdragon 888, GT brings users the power of the leap-forward high performance and a sustained surging experience. 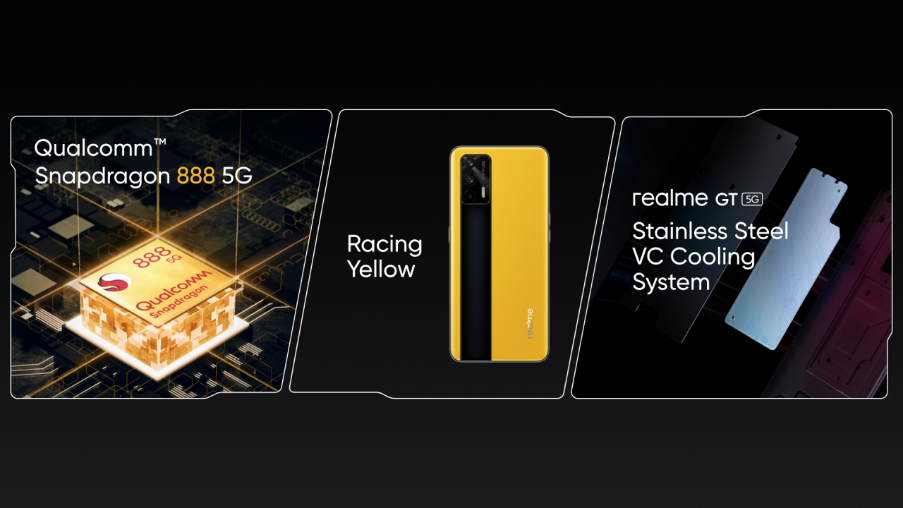 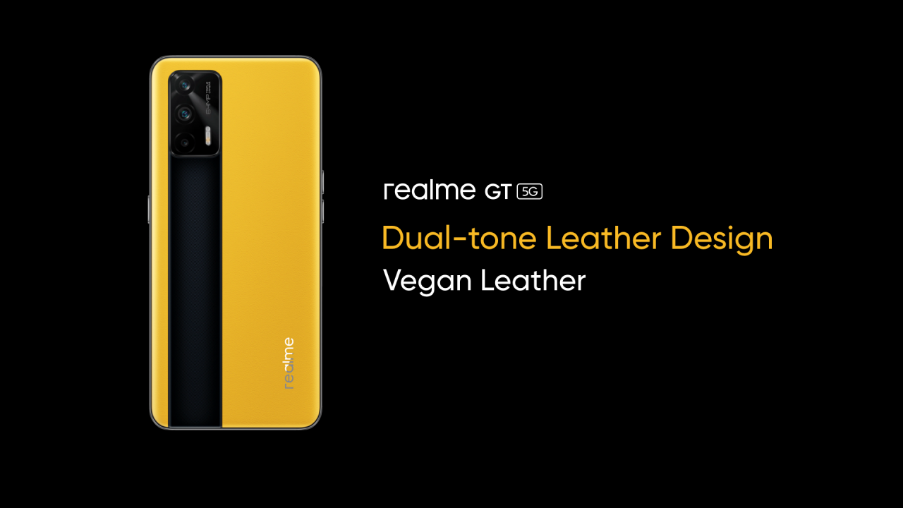 realme GT is based on the concept of  GT sports cars, which were designed for high speed and long-distance driving, and combines both high performance and reliable attributes. The realme GT will also flaut a  unique and extraordinary design. The Dual-tone Vegan Leather Design will use two different kinds of material in two different colors to achieve a sense of speed that matches the high performance. To achieve this visual effect, realme also pioneered a one-piece moulding process for the back cover and the inner frame, making the Vegan Leather fit more tightly with the black glossy "race track" finish. It will also witness an upgraded 2nd generation of  Vegan Leather with a more delicate texture, softer touch feeling, and better color effect.