Reading The Signs That Point To Growth 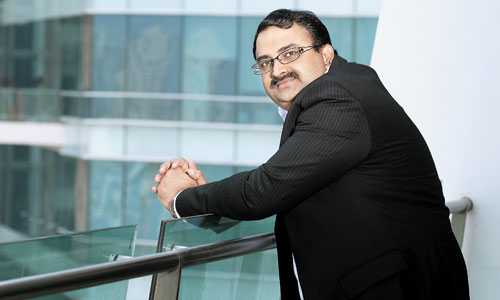 08 November, 2014
Print this article Font size -16+
In 2006, when the battle for marketshare between the insurance and the mutual fund companies began, both were selling collective investment schemes, unit-linked insurance plans (Ulips) and mutual funds. There was little or no difference in their sales pitches. Effectively, both were pushing short-term investment products. Then, the markets hit rock bottom in 2009, and that was when investors began to look at mutual funds more closely, to separate the grain from the chaff.
The funds that came out on top were those that had bought scrips at a lower valuation over the past two years, and had managed to beat expectations. The Reliance Top 200 large cap fund is one such, topping its category in the Businessworld survey of the best-performing mutual funds. Credit goes to the team that manages the fund. The team members come from diverse backgrounds (the fund manager was a graduate in genetic sciences before switching streams to study finance at Osmania University in Hyderabad).

It is all about trawling through reams of information looking for nuggets. “I remember when I first started as a research analyst in the mid-1990s, information was so hard to come by,” says Sailesh Raj Bhan, senior fund manager at Reliance Capital Asset Management. Being a research analyst and tracking the India growth story over the past 10 years has led to the evolution of his fundamental investment philosophy: invest in those companies that have created a framework for future growth and are not in it just for the short term.

“The job of a fund manager is to ask the right questions in the half hour that you get with the CEO,” says Bhan, explaining how he goes about his job. Add the ability to build sources who can give you the right information, and you are halfway to becoming a good fund manager.
“The job is not about algorithms or making complex models; it is about understanding industries in perspective, against the backdrop of their history and the actions of current management, which can make the company good, or great,” he says.

The Reliance Top 200 fund bet on a few companies that were offering consistent growth, and whose future growth would beat expectations. For instance, towards the end of the 1990s, the fund invested in a pharmaceutical company that had a market cap of just Rs 300 crore; today, its market cap is Rs 70,000 crore. The fund also invested in a company whose primary commodity was rubber, but was closing the year on a strong note because of the growth of the automobile industry. “If we had focused on the downturn in Europe and worried about a falling market here, we would never have invested in such a company,” says Bhan. “India’s automobile story was great, so we took a bet on this company. We did not go wrong.”
These industries are not doing particularly well just now, but the senior manager of the Reliance Top 200 Fund believes that automobile and pharmaceutical industries will rebound in the next two years or so. And not just those two businesses. Bhan points to a report released by the International Data Corporation (IDC), a market intelligence and analysis firm, that said the US has to skill 300,000 people in the IT sector in one year: a really difficult task. This implies a lot of high-end work flowing into India. Bhan says identifying such opportunities can make or break a fund. “You have to keep on learning to implement your ideas through simplicity.” Looking at the complex charts and models that mutual funds use makes that difficult to accept.

But here’s the thing: the information age may have made knowledge available at our fingertips, but it is the skill and ability to draw perspective from on-the-ground experience that makes a difference. And in Reliance Top 200 Fund, it shows.