Rate Moves To Be Guided More By Domestic Factors: Rajan 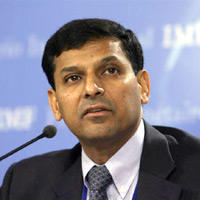 08 November, 2014
Print this article Font size -16+
The Reserve Bank of India's interest rate moves will be guided more by domestic factors than external ones, Governor Raghuram Rajan told analyts in a conference call on Wednesday (6 August), a day after he left rates unchanged, as widely expected.

The central bank governor said the RBI does not manage liquidity through foreign exchange markets, and added it could consider increasing the foreign debt limits, should the existing limits fill up.

The RBI kept its key policy repo rate unchanged on Tuesday (5 August), and voiced a commitment to bringing down inflation that convinced many analysts that markets will have to wait until next year for the next cut in rates.