Kabul [Afghanistan], February 19 (ANI): Star spinner Rashid Khan is likely to miss most of the games in the Pakistan Super League (PSL) as he was named in Afghanistan's squad for the two-match Test series against Zimbabwe.
The 22-year-old spinner is gearing for PSL and will play for Lahore Qalandars in their first match on Sunday. Meanwhile, the Test series between Afghanistan and Zimbabwe will begin on March 2 in Abu Dhabi.
Asghar Afghan will lead the Afghanistan side. The squad also features many new faces with Munir Ahmad Kakar, Shahidullah Kamal, Bahir Shah Mohboob, Fazal Haq Farooqi, Abdul Malik, Saleem Safi, and Zia Ur Rahman Akbar who will play their first Test if included in playing XI.
"Here is Afghanistan squad for the upcoming Two-Test series against @ZimCricketv in UAE. The much-awaited series is set to commence this March in Abu-Dhabi," Afghanistan Cricket Board (ACB) tweeted. 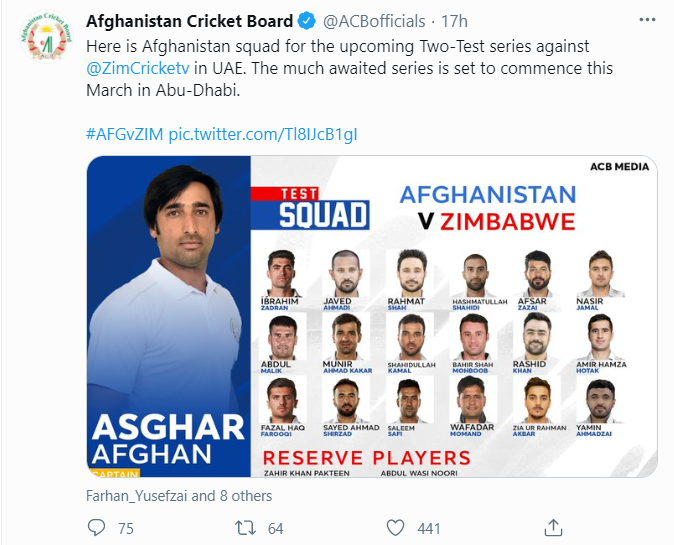