Mumbai (Maharashtra) [India], January 5 (ANI): On the occasion of Deepika Padukone's thirty-fifth birthday, Bollywood actor Ranveer Singh on Tuesday shared the sweetest birthday wish for his beloved along with their picture.
The 'Padmaavat' star took to his Instagram on Tuesday and shared a loving picture of himself and his wife, in which he can be seen holding her in a tight embrace from behind and kissing her lovingly on her cheeks, while Deepika smiled at the camera. In the caption, he wrote "Biwi No.1 @deepikapadukone #happybirthday." 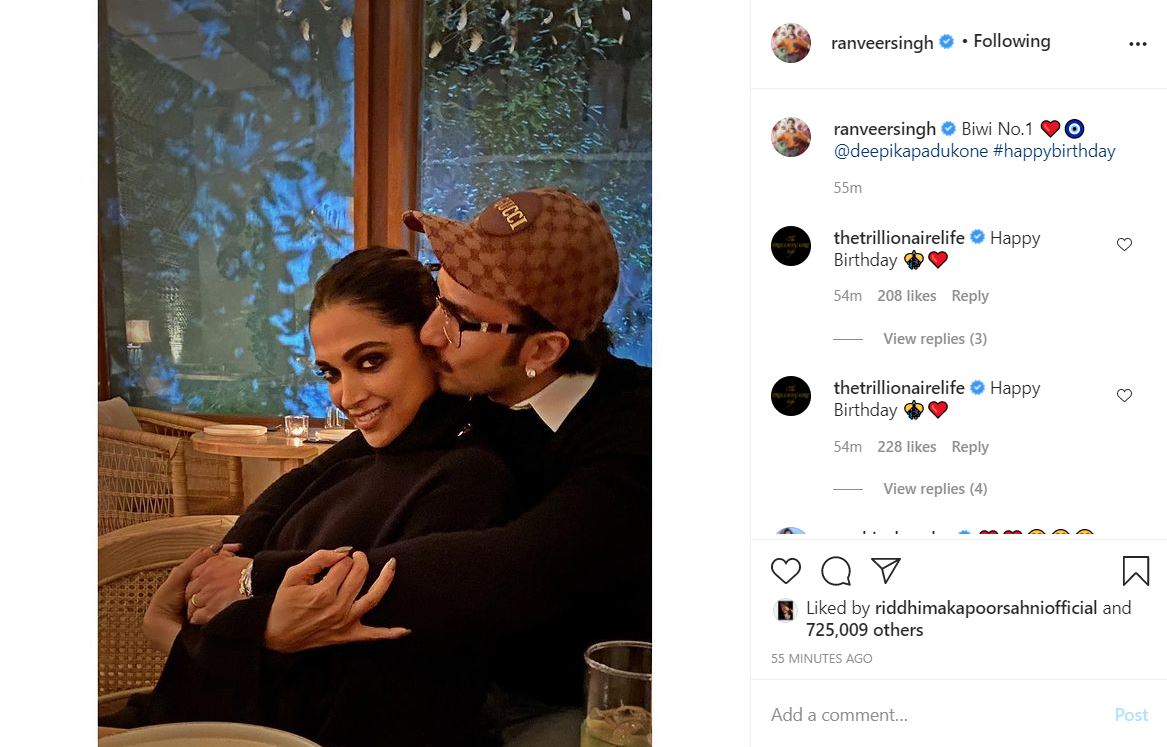 The post from the star received more than seven lakh likes within 55 minutes of it getting posted.
Earlier today, the 'Ladies Vs Ricky Behl' star had shared Padukone's childhood picture wherein the latter could be seen crawling on the ground while flashing a million-dollar smile. Scores of Bollywood stars and fans also extended their birthday greetings to the star on Twitter and Instagram.
On the professional front, Deepika will next be seen in a special appearance in Kabir Khan's '83' which stars Ranveer Singh in the lead role. (ANI)