New Delhi [India], February 12 (ANI): Bollywood actor Ranveer Singh, who is shooting for Rohit Shetty's 'Cirkus' shared a hilarious video of the filmmaker driving a toy car on the film's set.
The 'Padmaavat' actor took to Instagram on Friday and shared a hilarious video of what 'the most serious car stunt director of the country', Rohit Shetty, does in between shots. Ranveer posted a clip of Rohit zooming around in a toy car on the set of 'Cirkus'.
He jokingly captioned the video as, "Takes his job very seriously @itsrohitshetty."
In the video, we get to see a shiny, antique Jaguar XK120 with Ranveer's camera then focusing on Rohit. The camera suddenly pulls back and the director can be seen riding the same shiny, antique car but in the size of a toy car. 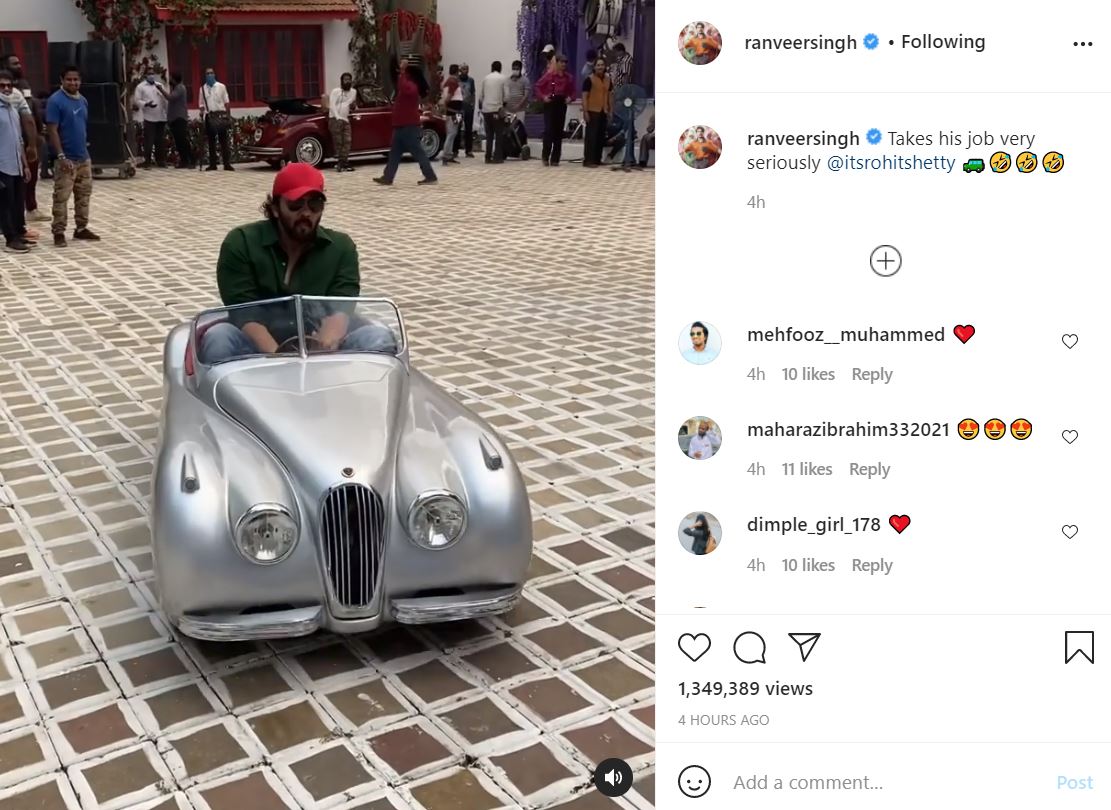 The post had his fans and followers in splits. Arjun Kapoor commented, "Baba just to see this I think I need to make another entry into the cirkus," followed by a laughing emoji. Whereas, co-star Pooja wrote, "Bwahahahahahaha... damnnnn, I'm missing all this!"
Ranveer and Rohit are currently working on their upcoming film 'Cirkus'. The film, which is said to be an adaptation of the Shakespearean play 'The Comedy of Errors', also stars Pooja Hegde, Jacqueline Fernandez, Varun Dhawan, Johny Lever, Sanjay Mishra, among others. It is expected to hit theatres this year. (ANI)