New Delhi [India], January 25 (ANI): Bollywood stars and real-life couple Ranveer Singh and Deepika Padukone celebrated the three year anniversary of their blockbuster film 'Padmaavat' on social media.
The couple, who tied the knot in November 2018, shared throwback videos on Instagram as the film, which also starred actor Shahid Kapoor in the lead role, clocked three years today.
Celebrating her iconic character of Rani Padmaavati from the period drama, Deepika shared a behind-the-scenes video in which she thanked ace director Sanjay Leela Bhansali for giving her the opportunity.
She captioned the post as "3 Years of Padmaavat. Some memories & experiences are difficult to articulate but live in your heart forever. Padmaavat was one such experience. Thank you Sanjay Leela Bhansali for entrusting me with this movie & character of a lifetime." 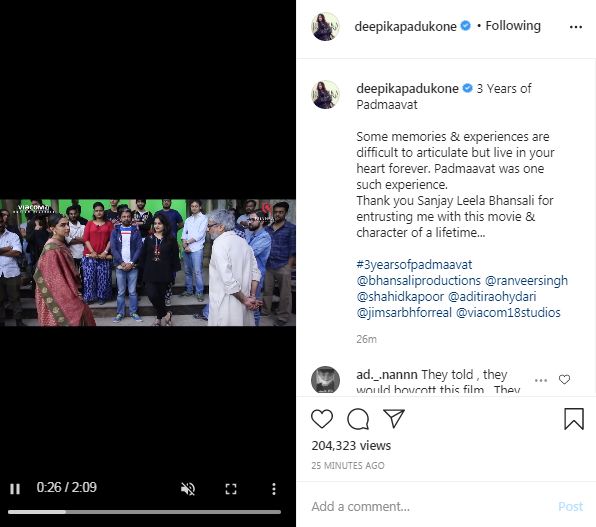 Ranveer, who essayed the character of Alauddin Khalji in 'Padmaavat' posted a video sharing his 'unforgettable experience' of his 'tryst with the dark side'. He also thanked the filmmaker for the opportunity.
He wrote, "#3YearsOfPadmaavat My tryst with the dark side. An unforgettable experience. Thank you Sanjay Sir for making me a part of this spectacular vision. #Khilji"
He shared a BTS footage from his last day on the sets of the movie. In the video, an emotional Ranveer can be seen speaking about his preparation for the role. He also added how he had put all his blood and sweat into the film, wishing that audience would like it. 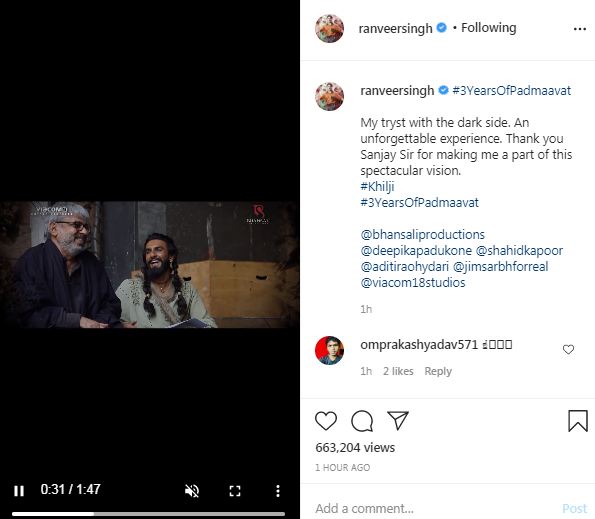 The film, which featured Shahid in the role of King Maharawal Ratan Singh, was marred by multiple violent protests and attacks on the film's cast by certain power groups over the portrayal of Rani Padmavati in the movie. However, the film was well-received by the viewers and critics alike. It went on to make over Rs300 crores at the domestic box office. (ANI)