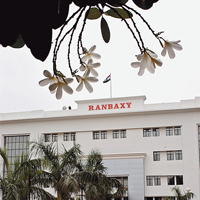 08 November, 2014
Print this article Font size -16+
Generic drugmaker Ranbaxy Laboratories Ltd said on Wednesday that federal authorities in the United States had sought details on how it reports pricing data for some products eligible for reimbursement under the Medicaid programme.

The company, which has agreed to be acquired by rival Sun Pharmaceutical Industries Ltd, said it had received a civil investigative demand (CID) from the US Department of Justice (DOJ) and that it would fully cooperate with the investigation.

"The CID is a request for documents and information, and is not an allegation of wrongdoing or demand for compensation," the company said in a statement.

Last year, Ranbaxy pleaded guilty to felony charges related to drug safety and agreed to pay $500 million in civil and criminal fines under a settlement agreement with the DOJ.