Railways Set To Get Boost In Investment 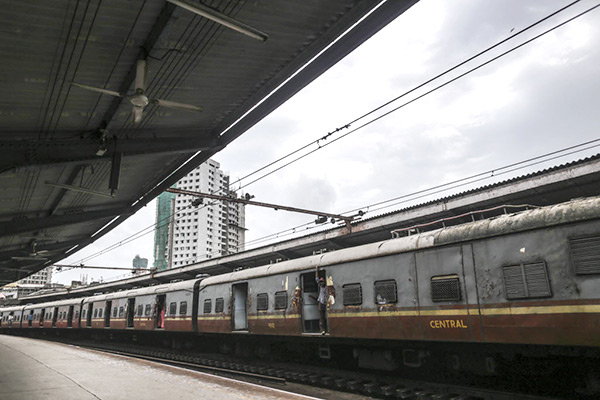 10 March, 2015
Print this article Font size -16+
India's state-run train services stand to receive at least a 25 per cent boost in investment to over $9 billion, funded solely by falling fuel costs, according to officials familiar with a railway budget set to be unveiled on Thursday.
There are high hopes that his nine-month-old government will plough money into investment in infrastructure needed to haul the economy out of a rut when it presents its first annual federal budget on Saturday.
The separate rail budget - a relic of the country's British colonial past - could show how far Modi's India is prepared to drive investment in a vital transport sector.
"The fall in diesel prices and a pick-up in freight earnings have given us a golden chance to raise investments," said one government official.
Falling oil prices have saved billions of dollars in subsidy spending across the economy, but Finance Minister Arun Jaitley is under pressure to prevent the fiscal deficit from busting a target of 3.6 per cent of gross domestic product.
Railway Minister Suresh Prabhu, according to the officials, has factored in savings from cheaper diesel totalling between 120-150 billion rupees ($1.9 billion-$2.4 billion) in the 2015/16 fiscal year, starting on April 1.
But, he has also asked the Finance Ministry for an extra 200 billion rupees ($3.2 billion) to invest in track and rolling stock upgrades for a network used by some 25 million passenger each day.
He is unlikely to get that much, though one official with knowledge of the budget discussions expected a significant increase in federal funding for the railways.
In 2014/15, 454.5 billion rupees ($7.30 billion) was budgeted for investment in Indian Railways - with the government providing 66 per cent and the rest coming from internal resources.
An increase in the budget allocation would go some way to offset disappointment at the lack of private sector interest in investing in Indian Railways, after Modi's government last year suggested public-private partnerships for new routes.
Passenger Fares
As usual in India, lawmakers have made populist calls for the windfall from reduced diesel costs to be used to slash already heavily subsidised fares. But Prabhu is unlikely to pay much heed.
"There is no plan to cut passenger fares," a senior government official said.
Minister of State for Railway Manoj Sinha had earlier ruled out a reduction in fares in the context of lowering of diesel rates but Prabhu is expected to make a tight rope walk as he tries to bridge the huge gap in finances while presenting his maiden budget in the Lok Sabha.
For 10 years before 2012-13 there was no increase in rail fares. Then Railway Minister and Trinamool Congress leader Dinesh Trivedi had made an across-the-board hike in 2012-2013 but was made to roll back the hike in second and sleeper class categories.
Since then there have been hikes in passenger fares. In the first Railway budget of the Modi government in July last, fares were increased by 14.2 per cent and freight by 6.5 per cent.
Though there is a decrease in diesel price, electricity cost has gone up by over four per cent making it a balancing act for the fuel adjustment cost-lnked tariff revision policy adopted by Indian Railways since 2013.
At the same time, revenues from freight are expected to increase as the economy improves. Freight heavily subsidises passenger traffic in India, making it more expensive than road transport.
Providing jobs for 1.3 million people, the railway is India's largest single employer, and reform is politically sensitive. Successive governments have backed away from modernization, preferring instead to use the system to provide cheap transport and jobs.
Years of under-investment, however, means services are slow and plagued by frequent accidents.
There are over 350 projects pending that need about 1.8 trillion Indian rupees ($28.91 billion), said the senior official.
But burdened by a rising wage bill and pensions, investment fell to less than 8 per cent of an estimated 1.61 trillion rupees revenue in the current financial year, compared to 25 per cent seven years earlier.
Considered a reformer, Prabhu may lay the road map for attracting private investment for the public transporter.
(Agencies)
Tags assigned to this article:
top 1 transport manoj sinha indian railways arun jaitley rail budget suresh prabhu union budget 2015